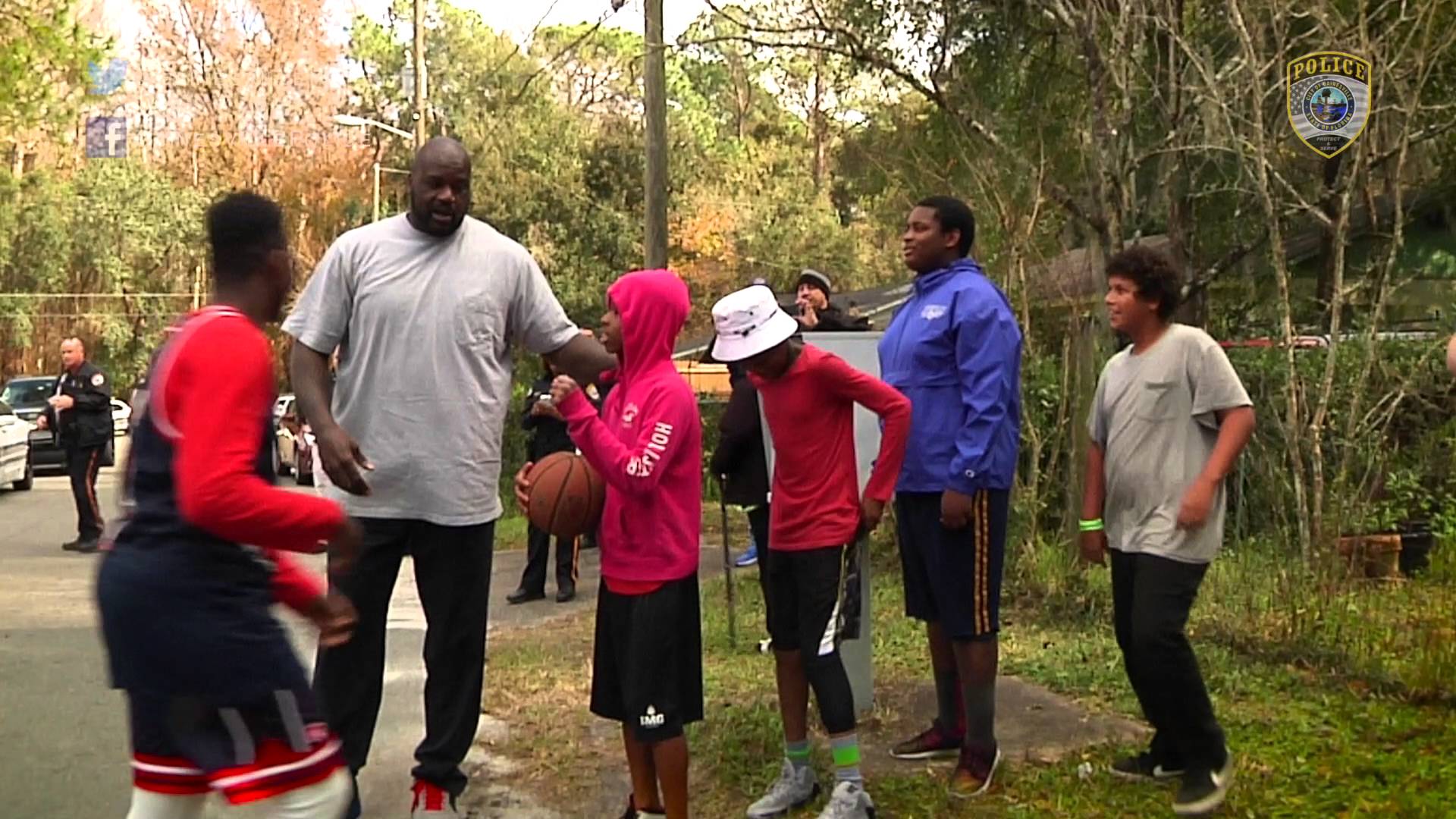 As most of Facebook saw last week, officer Bobby White of the Gainesville Police Department was called by a neighbor complaining about kids loudly playing basketball in the street. After seeing the kids innocently playing, Officer White decided to play along with them instead of reprimanding them! And the kids loved it!

Now, Shaquille O’Neal stumbled upon the video, and was inspired when he heard White say that he would return with backup. So Shaq joined him to once again play ball with the kids. This heartwarming video has instantly gone viral with over half a million views!