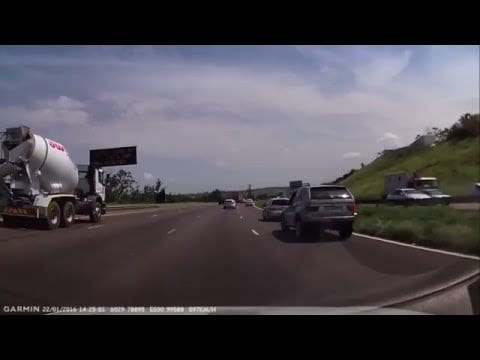 Road rage is almost always irrational. Why get into a fight with a stranger over something petty, like being cut off, and risk life and limb? But that’s exactly what this BMW X5 SUV driver did. In an extremely stupid and dangerous move, the SUV driver attempted to hit, or fake out, the hatchback next to them. But in the end, it was the SUV that lost control and crashed. Karma.