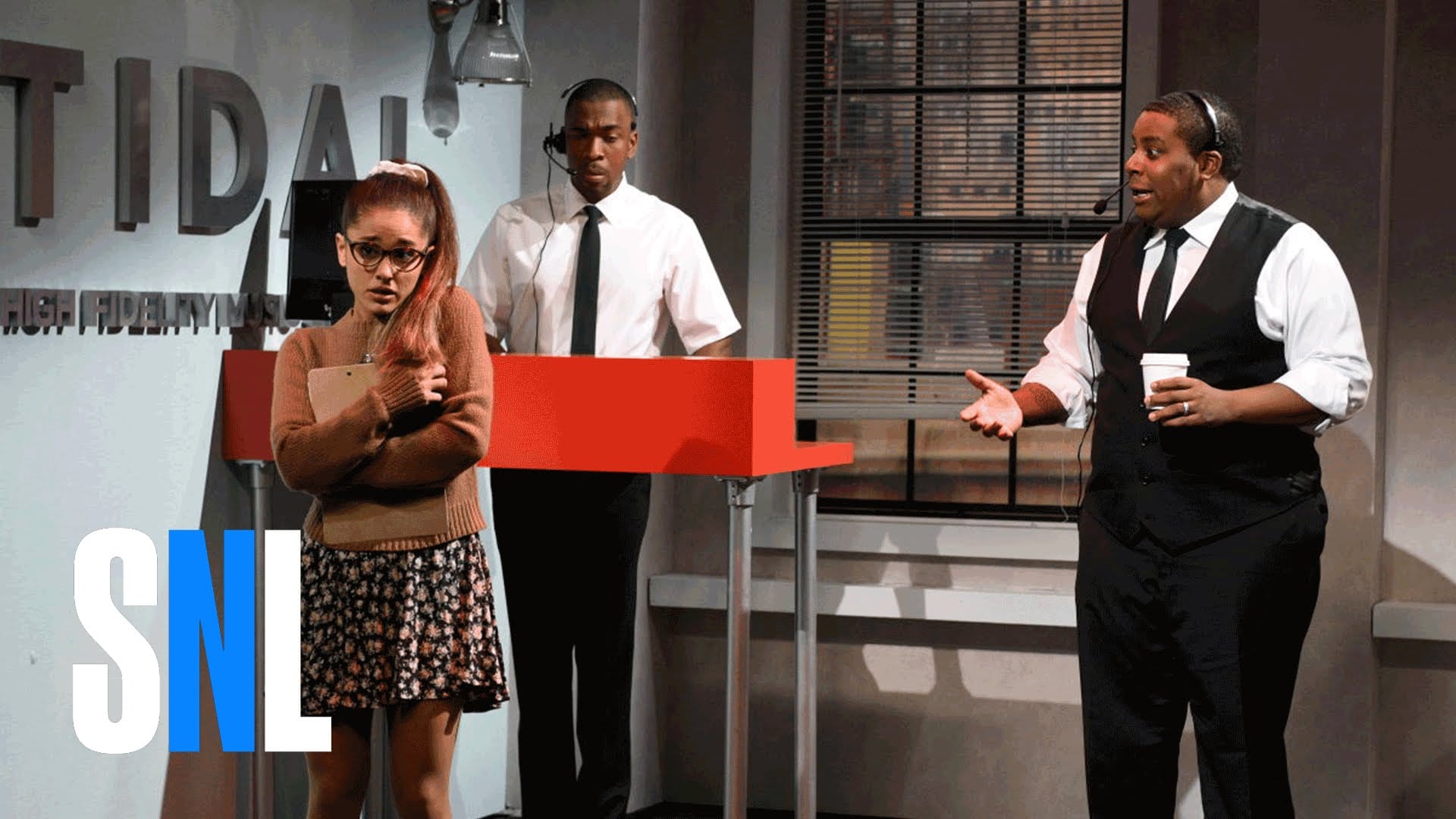 As Ariana Grande was the guest star for Saturday Night Live, viewers were all waiting for the sketch when Grande would show off her voice. The writers decided to showcase her in a strange Star Trek inspired scene in which music streaming service Tidal was having difficulties and only Chloe the intern, played by Grande, could fix the songs that were missing.