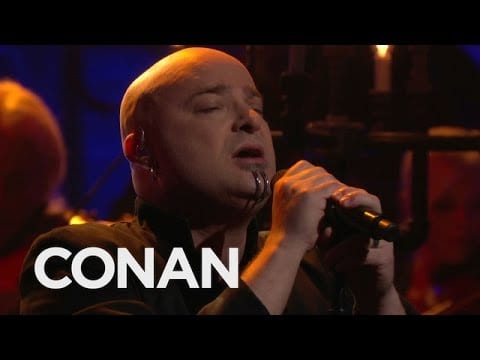 Last week, Conan hosted rock band Disturbed as his musical guest. But instead of performing a rock song of their own, singer David Draiman instead covered the soulful classic The Sound of Silence by Simon and Garfunkel.

Now, this unique cover has gone viral with over 1.75 million views! Simon and Garfunkel even announced their support for the cover.