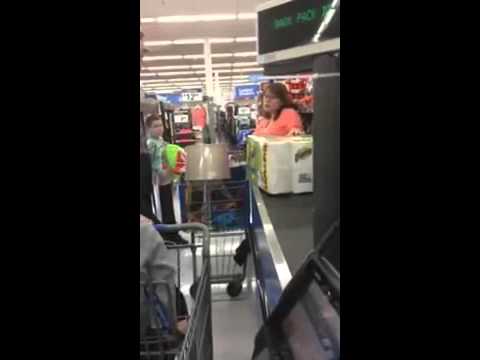 The country seems to be more divided than ever. Even a simple trip to the grocery can erupt into a political debate. That’s exactly what happened at a Walmart when a father began to pay for his bill using food stamps.

The woman behind him began to quiz and then berate him for wasting tax payer dollars. Now, this week old video has instantly gone viral.