Chewbacca Mom Goes For A Ride With James Corden And J.J. Abrams 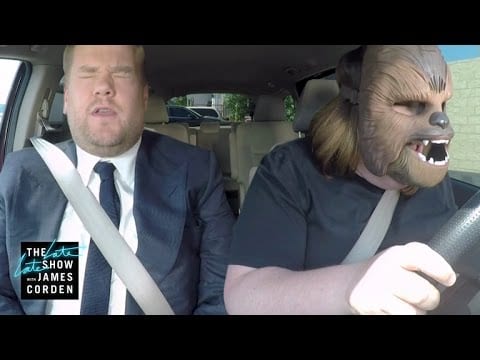 In case you missed it, there’s a new Star Wars hero on the Internet. She’s been dubbed Chewbacca Mom after a video of her breaking down in laughter after trying on a Chewbacca mask in the car went viral on Facebook.