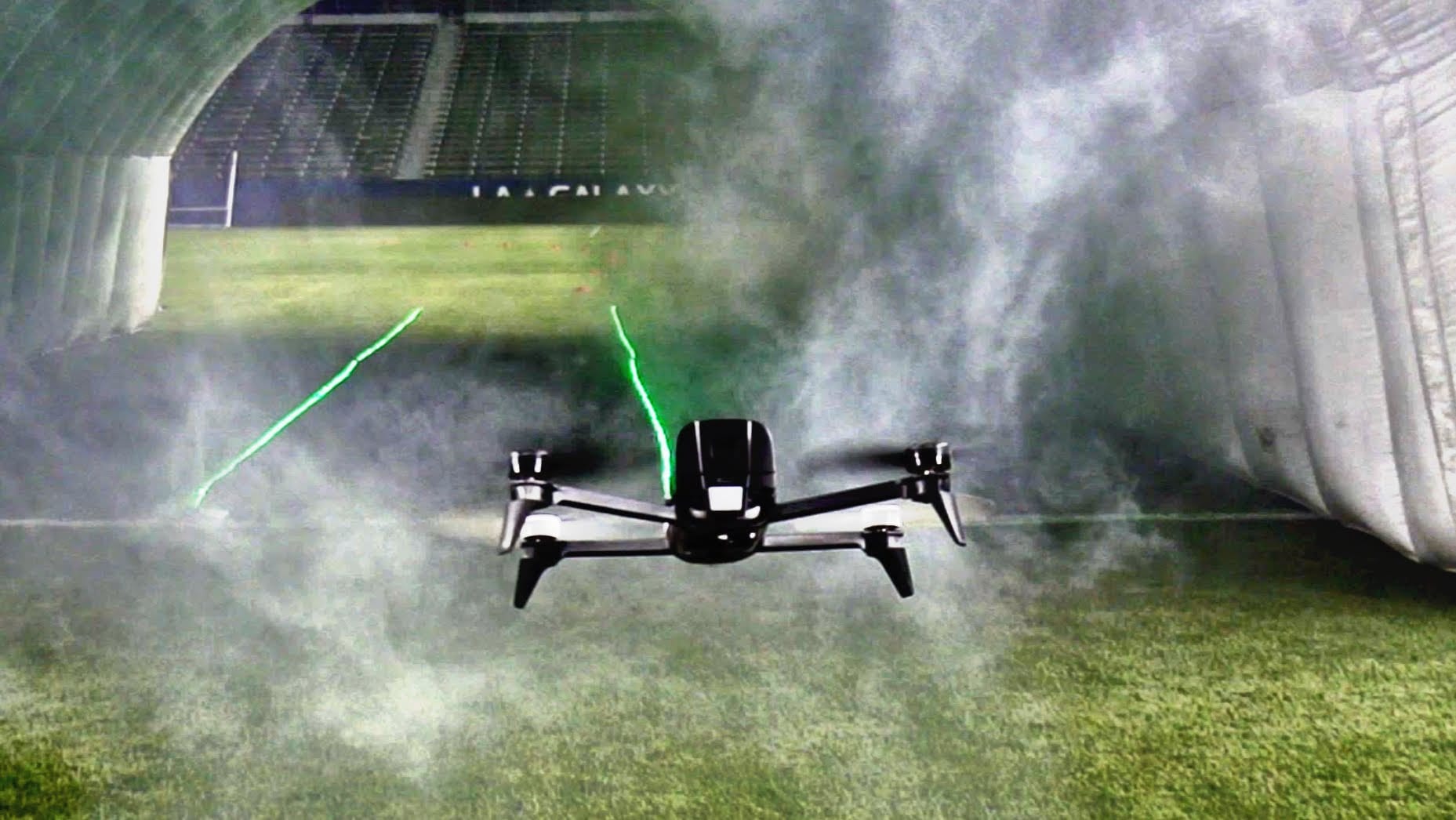 It was only a few years ago that quadrocopters were just toys for nerd. But now drones, as they’ve been dubbed, are everywhere! And they’re getting better and better. Now drone racing is a thing, which is awesome.

So the crew at Dude Perfect invited celebrity stars Liam Hemsworth and Jeff Goldblum to join them in an epic drone racing competition.