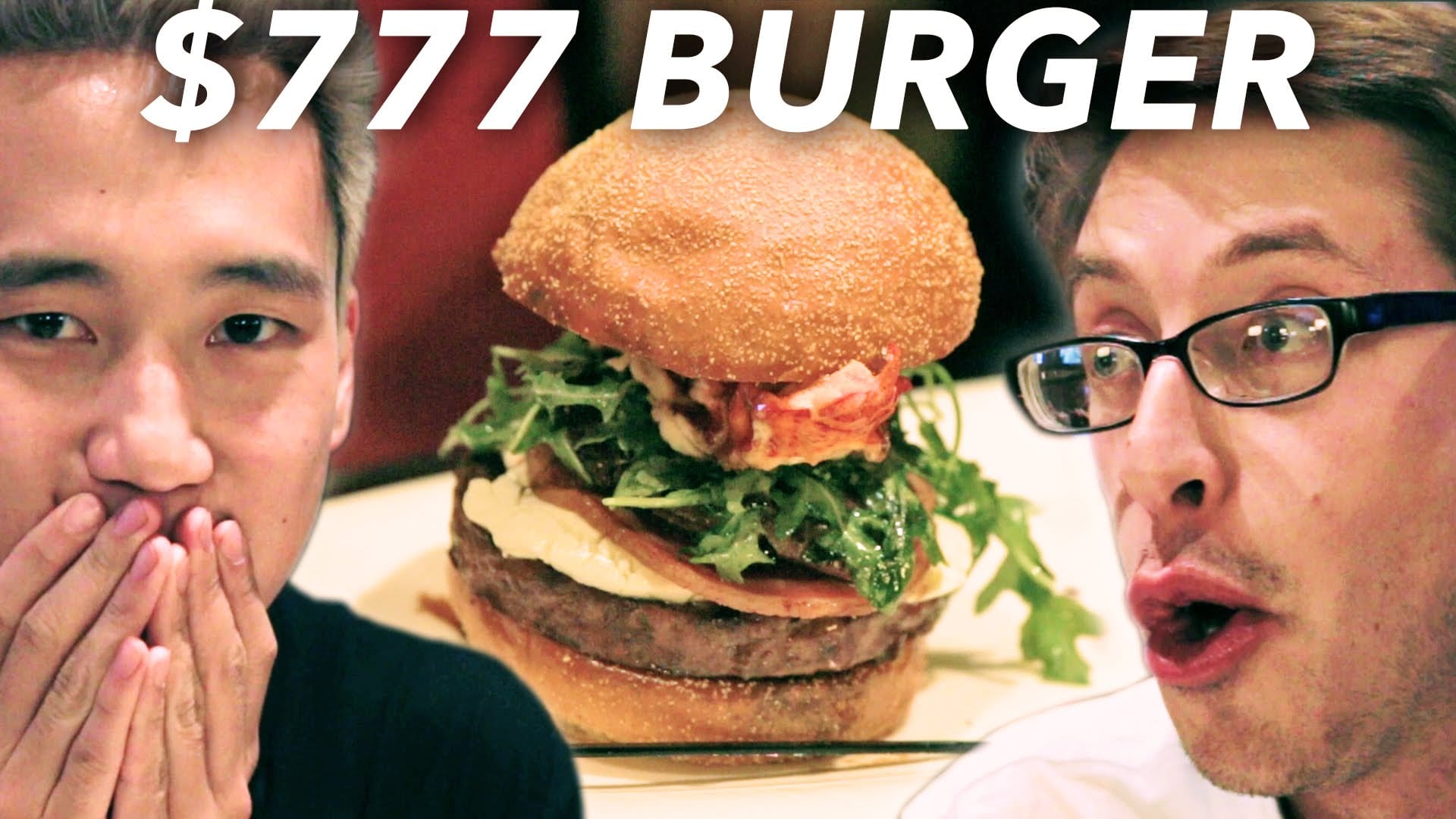 After having tested the financial extremes of sushi BuzzFeed now explored the differences between a really cheap burger (as for 4 bugs are set quite high, I think) and an expensive one. Does the taste really justify nearly twenty times the cost?

“I don’t want this burger to ever end.”