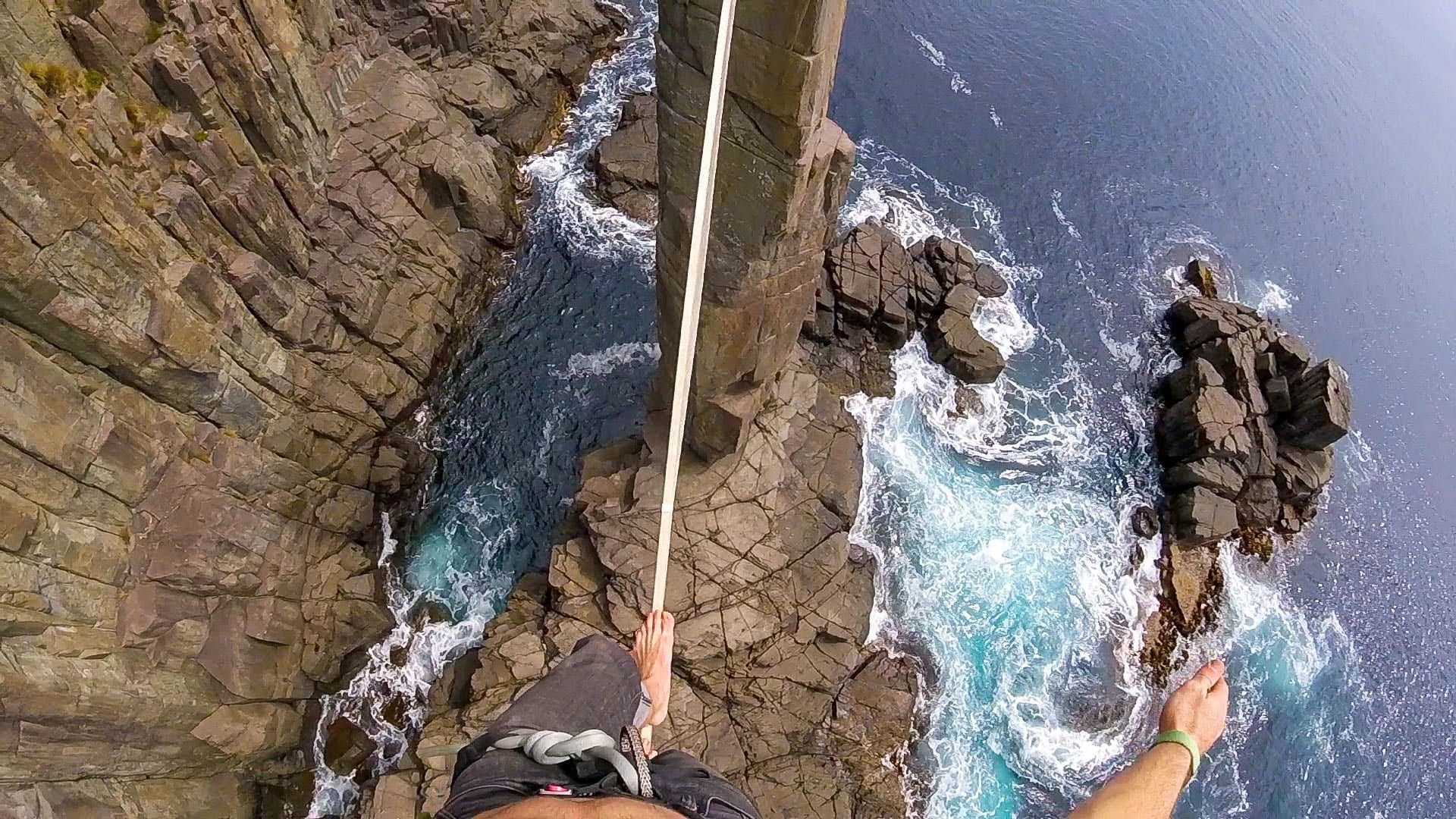 105 feet above air, slackliner Ryan Paul Robinson balances between the rocks at the formation called “Moai Tower” in the australian south east coast of Tasmania. Breathtaking, even if you know your sitting a few inches above the ground while watching…

While this is more commonly a climbing route Ryan Paul Robinson had other ideas.