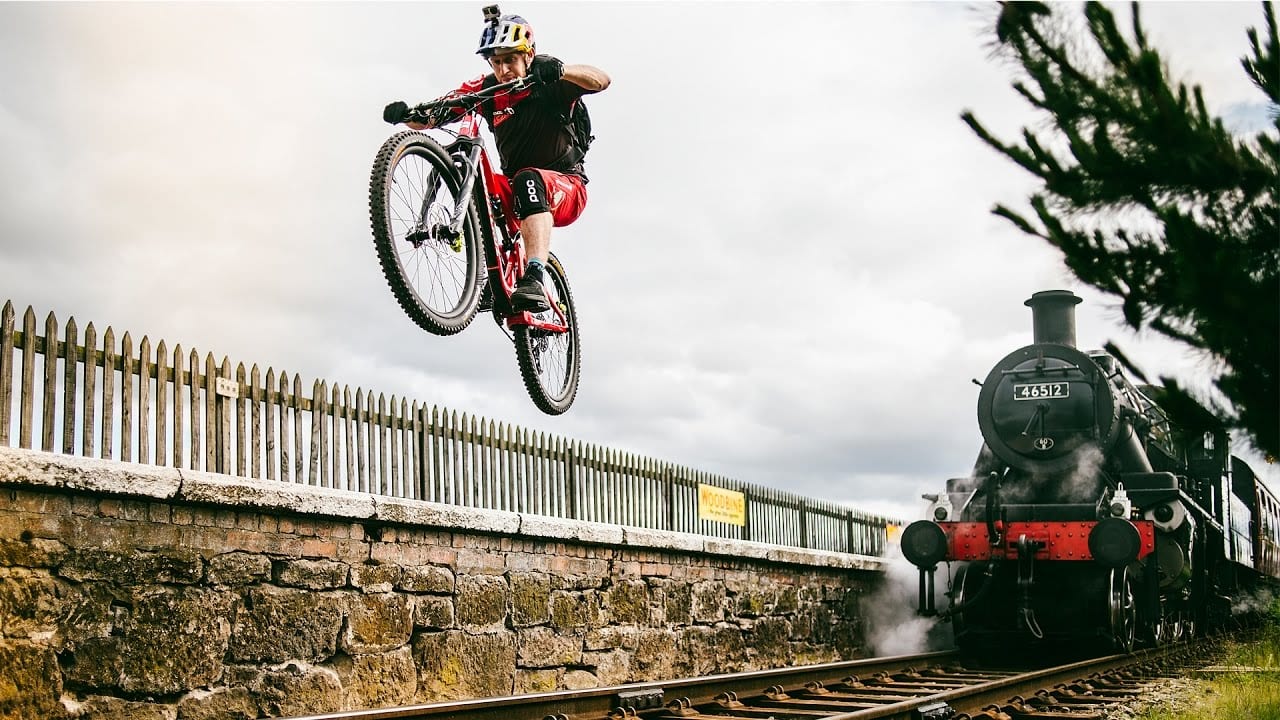 Over 700.000 views within it’s first hours – Danny MacAskill has done it again. With a little help of this new energy drink start-up you might have heart of…

“Danny pulls off never-seen-before tricks, most of which would normally be assumed impossible on a mountain bike, like leaping onto a single train track, turning a hay bale into a giant unicycle, riding over a cottage, and disappearing into a 6ft puddle.”