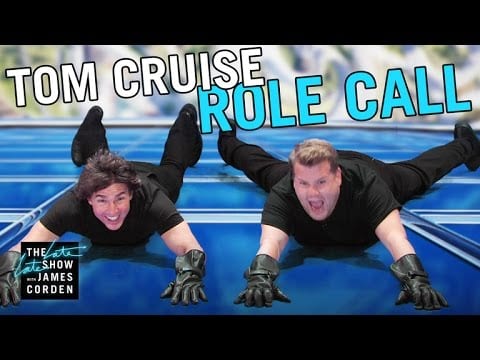 To promote his newest movie about a man trying to connect his headphones to a new iPhone 7, Tom Cruise showed up at the Late Late Show. Together with host James Corden he re-enacted his whole movie career within nine minutes.

“James Corden and Tom Cruise act out snippets of Tom’s legendary film career, with scenes from ‘Top Gun’ to the ‘Mission: Impossible’ series.”