Why Men’s Bikes Have A Horizontal Crossbar & Women’s Not 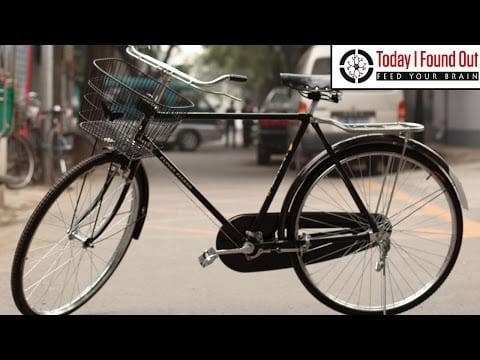 I thought this fact would be general knowledge, but somehow this video by Today I Found Out, explaining why there is a crossbar at one half of bikes and isn’t on the other, gained over 500.000 views on YouTube.

“It would seem that having a slanted crossbar like on women’s bikes would make much more sense for men’s bikes, decreasing the chance of racking the guy if he slips off the pedals or the like. However, there is actually a really good reason to have a horizontal crossbar on a bike;”