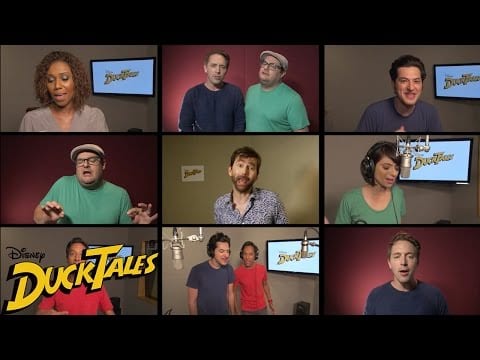 Seeing this incredible cast it is kind of a shame that the upcoming new version of th “DuckTales” won’t be a real life version. But nevertheless we get to see Danny Pudi, Ben Schwartz, Bobby Moynihan and more in their human shapes singing the theme song to the original version – getting viral within a day with over one million views already. Wo-hooo!

“Top-billed actors will bring the beloved characters of McDuck Manor to life in the all-new animated comedy series ‘DuckTales,’ premiering in summer 2017 on Disney XD channels around the world.”