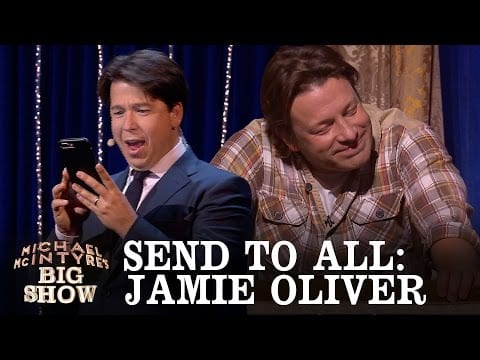 I didn’t know “Send To All” until a few hours ago – but it is hilarious! As a segment within the BBC show “Michael McIntyre’s Big Show” the host gets to send an imessage to ALL of the contacts, the studio guest has on his phone. In the newest edition tv cook Jamie Oliver got “the honor” and lots of irritated answers on his phone…

“Michael McIntyre writes a text on Jamie Oliver’s phone and prepares to send it to all of his contacts.”