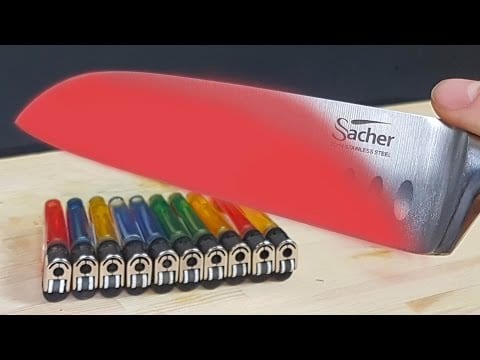 These videos are as hot as the knife Mr Gear uses to cut things in half. The video with the Coca-Cola bottle reached nearly 30 million(!) views by now. Now he uploaded another video showing the glowing knife sliding through chocolate and other stuff and got over three million views on it already.