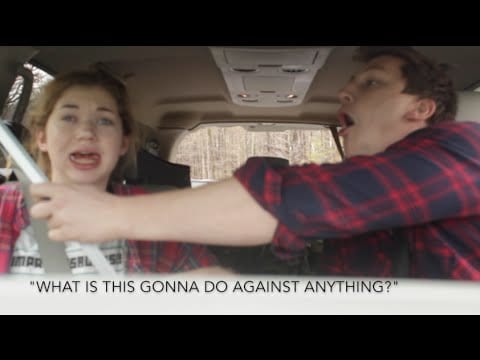 Hypebeast put together a list of the ten most viral YouTube videos of 2016. From professional YouTubers to tv show clips and normal users who got famous over night. They all got over 20 million views – and up to 142 million for the first place of the year. It has been viral!

“Last week after our little sister’s wisdom teeth surgery, we convinced her that a zombie outbreak had hit our city. Her reaction was priceless.”

“Our main story was about Donald Trump. We can’t believe we’re saying that either.”

“A 12-year-old ukulele player gets the golden buzzer when she takes a risk and performs an original tune, ‘I Don’t Know My Name.’ Check out Grace VanderWaal’s amazing audition.”

“Ronaldo became the world’s best by being the hardest-working man in football. But, what if brilliance had to start all over again? One moment can change everything.”

“We CUT OPEN a Rattlesnake Rattle to see what’s inside!!”

“Singer-songwriter “pico Taro” from Chiba of the Furusaka University demon king one push.”

“While home in London for the holidays, James Corden picks up his friend Adele for a drive around the city singing some of her classic songs before Adele raps Nicki Minaj’s ‘Monster’.”