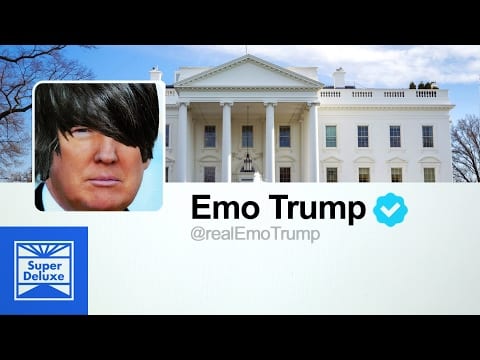 Super Deluxe did the obvious and turned the tweets of US-President Donald Trump into an early 2000s emo song. Sounds… worse than you’d expect, but I blame the lyrics for it.

“We noticed that Trump’s tweets are basically the lyrics to an early 2000s emo song, so we turned them into one.”