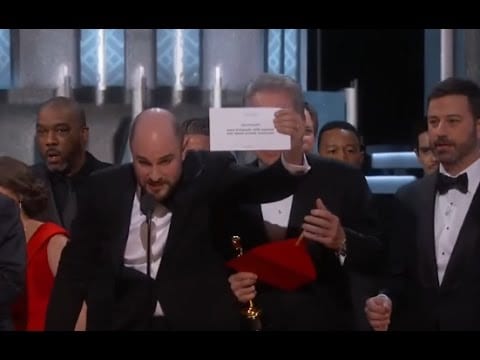 You probably already have heard this tragic mistake of last night. Some mix up with the envelopes at the Academy Awards…

“The climax of Hollywood’s biggest night ended in what will surely be a long-remembered snafu, as the initial announcement that the best picture award went to “La La Land” had to be retracted on stage and corrected to the real winner, “Moonlight.” The announcement of “La La Land” was followed by several moments of apparent chaos on stage that ended with a producer of “La La Land” announcing that it was not really his picture that won.”