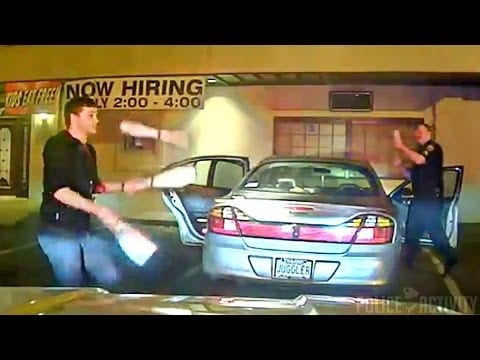 Such a cool way to prove it, such a cool guy and such cool police men – no wonder this video is trending heavily right now with already over 900,000 views after a day being online.

“A University of Central Arkansas junior pulled over by police proved his sobriety by juggling… And it was all caught on UCA Police dash and body cameras. Blayk Puckett said he was driving home from the library on campus late Friday night. He said he was driving slow because he knew he had a brake light out. But despite efforts to avoid police, the junior with the license plate ‘JUGGLER,’ was pulled over.”