When Your Children Crash Your Formal BBC News Interview 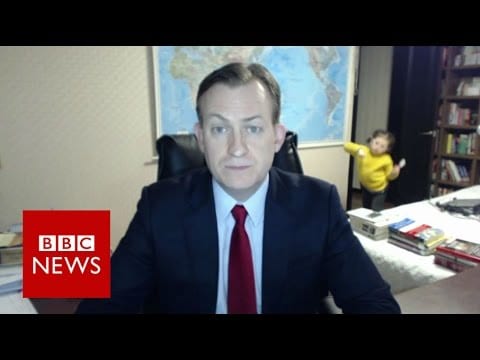 This interview of Professor Robert Kelly with BBC News went viral yesterday with over four million views already. The little stars in this play: his kids that went right into his home office during the live taping. Oops!

“There was an unexpected distraction for Professor Robert Kelly when he was being interviewed live on BBC News about South Korea. But he managed to keep his composure and complete the interview successfully.”