The Dock | A Surf Viral Video You Won’t Believe 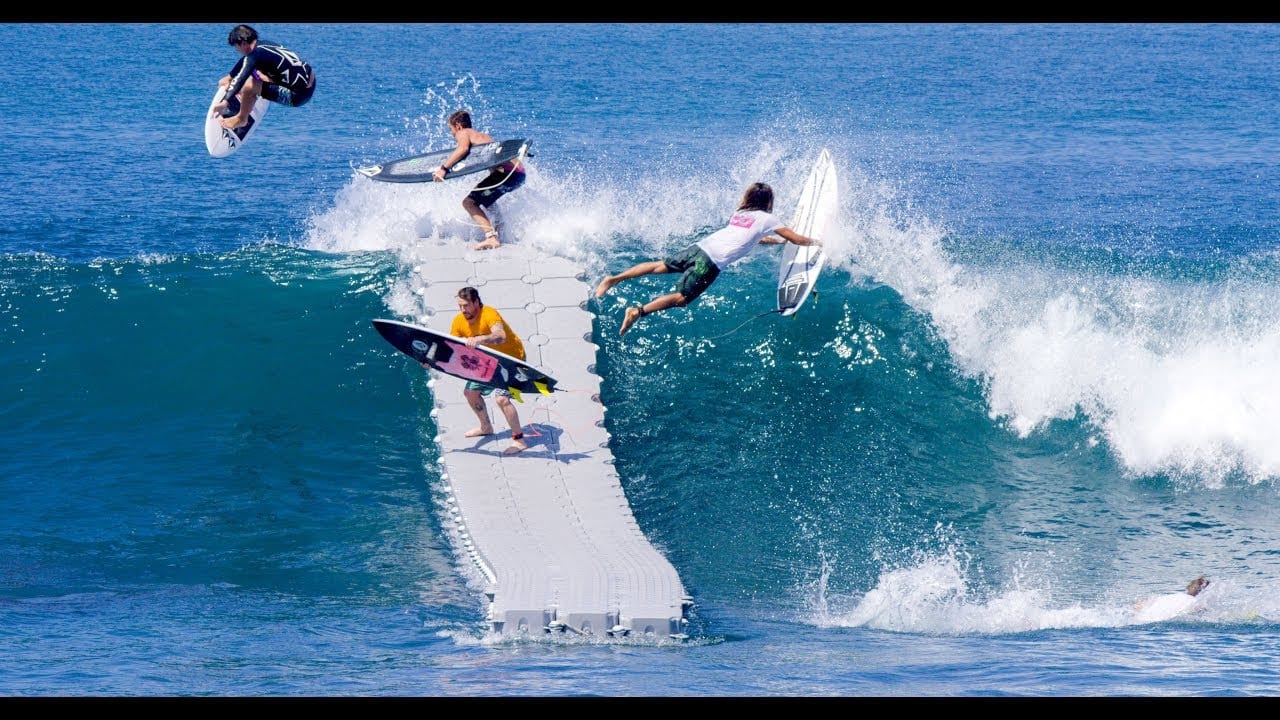 Incredible Surf Experience
At four am we were up, towing out what’s now known as “The Dock” in Bali for this concept shoot. We asked ourselves, what does the future look like? A cashless society? Self-driving cars? We’ll leave the wavepools for Kelly Slater and co. Instead, we envisioned lineup where you don’t have to paddle. Which turns out to be a rather dangerous affair.

“The dock’s been scary,” said Ozzie Wright. “At one stage I just came up, got my board and saw it coming right at me. I like the chaos of it. The whole time everybody was like, “Where are we going!? Where are we going!? That was the fun bit. I kept thinking what if the tip was on the beach at a little shorey? No paddling, just run out, jump on a wave surf it to the beach then run back out and jump on another one. That’d be so much fun.”

“It would just kill you if it hit you, yeah?” asked Noa Deane, after the fact. “What’s it weigh? Half a tonne? When it wears a wave on the head it kicks like a snake. Like, Balaram jumped up and went six feet in the air. Then he landed on the wire, so sketchy. It whips right at the end because it’s connected to a cable which adds extra tension.”
Credit: From the the writers are Stab Magazine