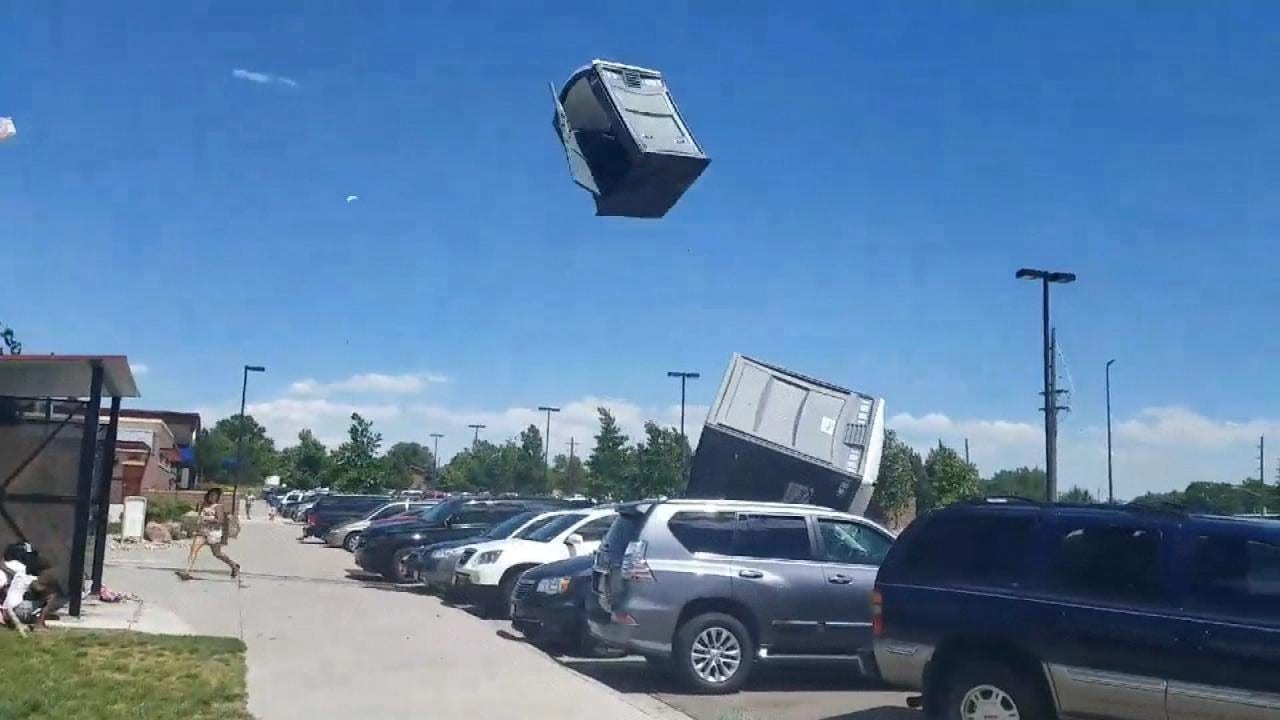 Strong winds sent two portable toilets sailing into the air at a Colorado park. Video showed one of the porta-potties flying high over the park-goers, spraying a mysterious substance. The second toilet appears to break apart as it blows away. Porta-Potties can weigh up to 300 pounds. The viral video was posted on Facebook Monday and has since racked up over 1 million views. The wind also wreaked havoc on a tent. It’s not clear whether anyone was injured. Crazy viral video.