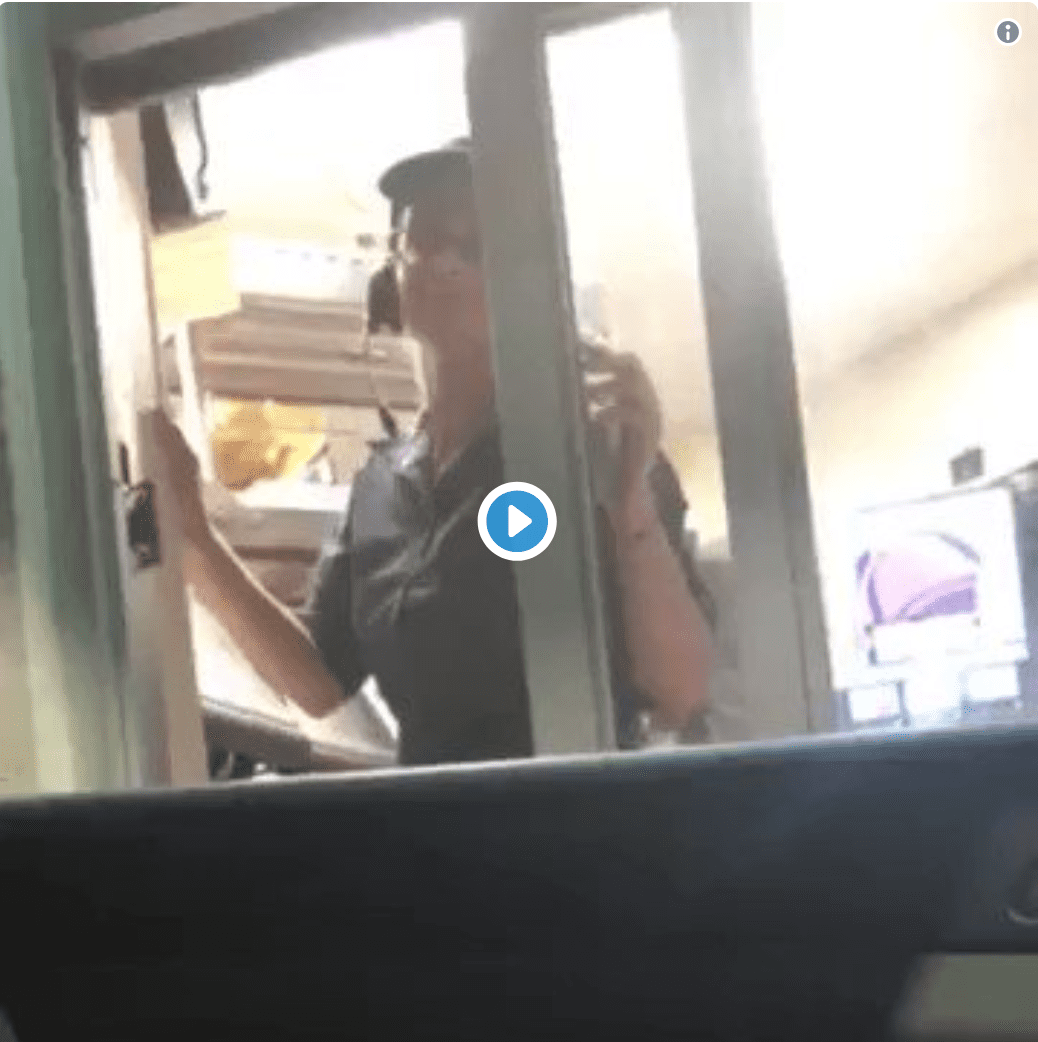 In a role reversal that somehow hasn’t sparked a whole lot of liberal outrage for whatever reason, a Taco Bell employee in Florida has been fired after refusing to serve an English-speaking customer.

According to the Miami Herald, the employee, who identified herself as “Luisa,” went viral when she refused to serve someone at a drive-through in Hialeah because they didn’t speak Spanish.

“Do you have a manager here?” the customer, Alexandria Montgomery, can be heard saying in the video.

“She is in her house sleeping,” the employee responded in Spanish.

She added there was no one else available to take the order and she clearly wasn’t going to try to make things work.

“Honey, I have a car behind you,” she said, closing the window on Montgomery.

When she didn’t move, she threatened to call police.

“Can you move please? I have an order behind you. There is no one who speaks English,” she said.

“This is Hialeah, I’m sorry,” she added.

Hialeah, according to Fox News, “is located north of Miami International Airport and is predominantly Latino.” However, they should have had one person who spoke English, right? Well, they say they didn’t.

“I’m trying to order and she’s telling me I can’t order because she doesn’t speak English. Who’s wrong?” Montgomery says.

When other workers approached the drive-through window, they also refused to help the customer.

“No more, papi,” one of them said as Montgomery attempted to say that this was the United States.

Eventually, they left without getting food, and things got worse from there.

“This incident happened Wednesday night around 10:30 p.m. I contacted the manager and after explaining to her what happened all she did was apologize and say thank you and the call was disconnected,” Montgomery said.

When Taco Bell corporate was contacted about the story, the tune changed. “Luisa,” Montgomery said, was fired — and that wasn’t even her real name.

“We have worked quickly to resolve with the customer to ensure this doesn’t happen again,” the company said, adding that “this does not meet our customer service expectations.”

They also confirmed Luisa’s firing: “This individual no longer works for the brand,” Taco Bell stated.

There are two possibilities behind this incident. The first is that there’s an entire restaurant which is part of a national chain where nobody could speak English, which still remains the country’s dominant language. The second is that, out of scorn, they decided not to serve an individual because they spoke English.

I’m not quite sure which is worse, but my money is on the second one, for whatever reason — especially given the fact that it’s not too difficult to communicate an order at a restaurant where the menu is fairly limited and known to everyone.

I hope that whatever the reason was, it was worth it. “Luisa” has gone viral, and not in a good way. Now, she’s jobless, and given the swiftness that Taco Bell acted with, it’s a good bet her co-workers will be, too.