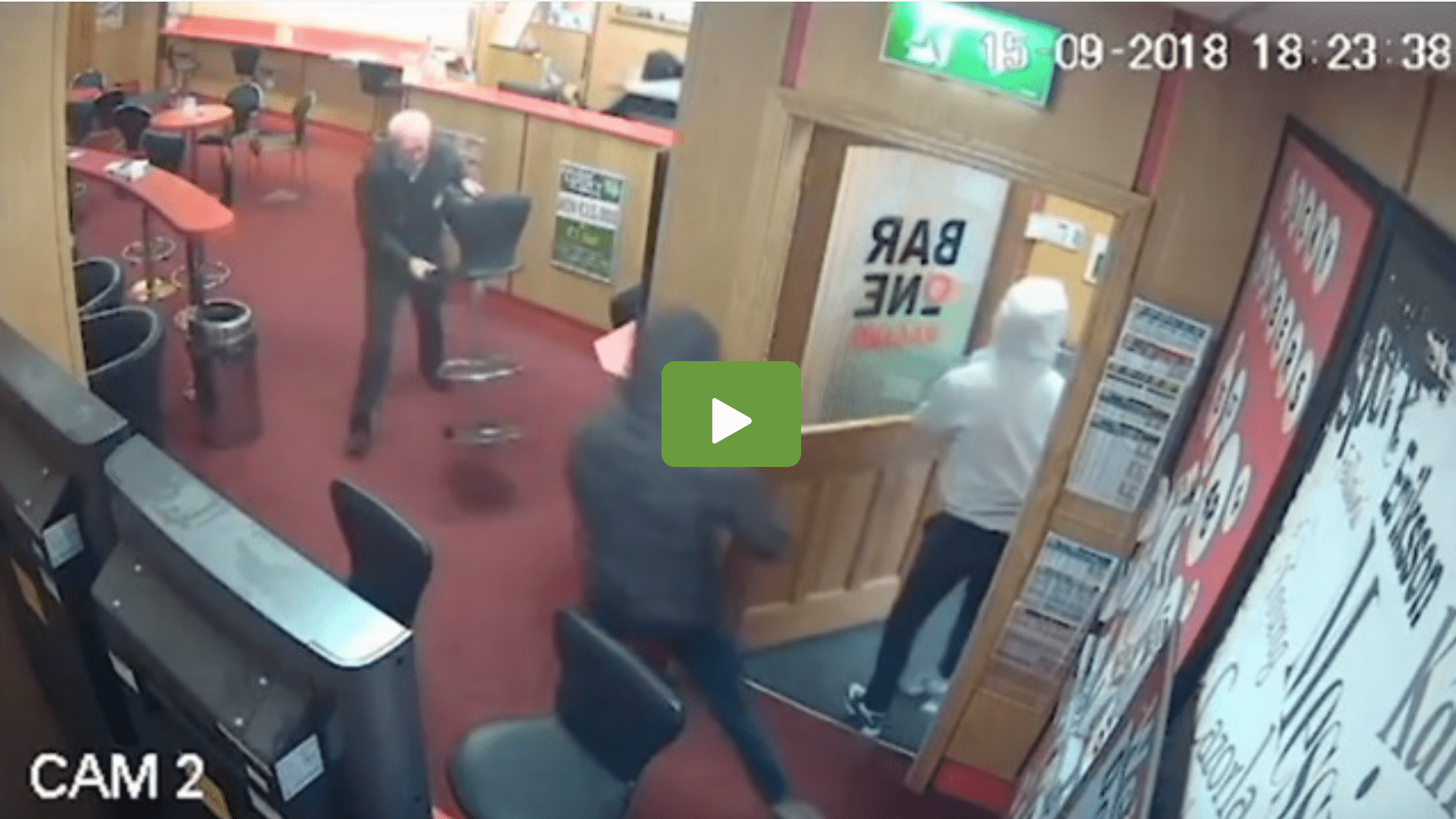 The armed robbery of a betting shop in Glanmire, Cork, was foiled on September 15 when 83-year-old Denis O’Connor (our hero) fought back the would-be thieves. During the incident, which took place at Bar One Racing, O’Connor wielded a stool against the attackers who were armed with hammers and a shotgun. CCTV footage shows how O’Connor and manager Tim Murphy held off the thieves, and forced them out of the store. Speaking to the Irish Times, Garda superintendent Mick Comyns warned against the dangers of intervening in an armed robbery. “It’s good to see that the robbery was prevented but the the consequences could have been a whole lot worse”, he said. “So it is very important that people stay calm and to a degree stay out of it”. Credit: Bar One Racing via Storyful