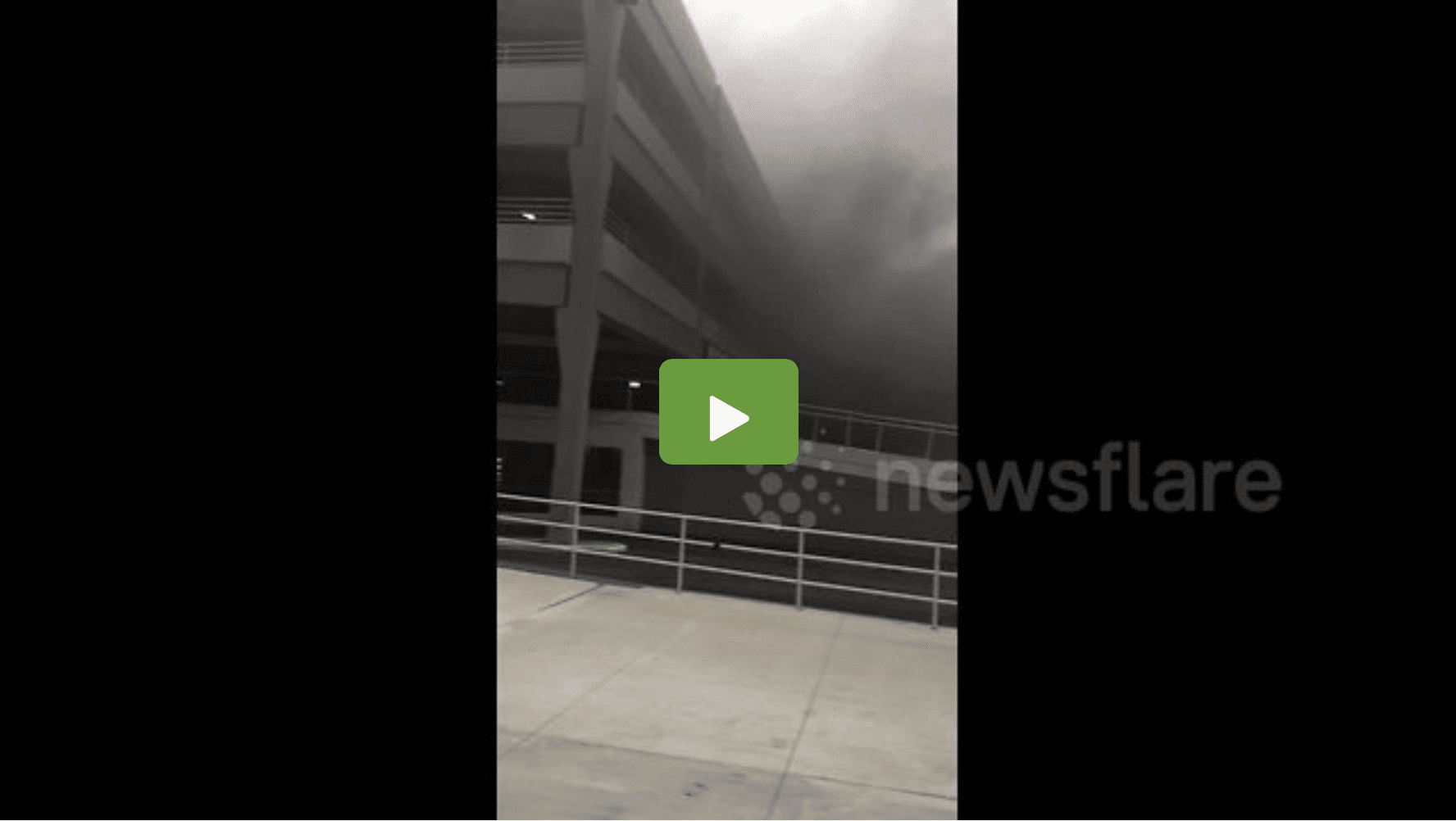 Several vehicles caught fire and 21 people were injured, 18 of whom were firefighters, according to NBC New York.

“My brother lives down the block from the mall. So when I walked out the house I saw the smoke,” said filmer Hali Waldropt. “Just black smoke. I walked across the street [and] wasn’t sure if I should go in the building or not. Then it started getting worse,” she added.

“This is when they started evacuating the building … fire trucks started showing up in bulk.”

There have been no deaths as yet, but the patient numbers may yet rise, officials warn.

Over 200 firefighters were involved in battling the inferno, according to the New York Post.