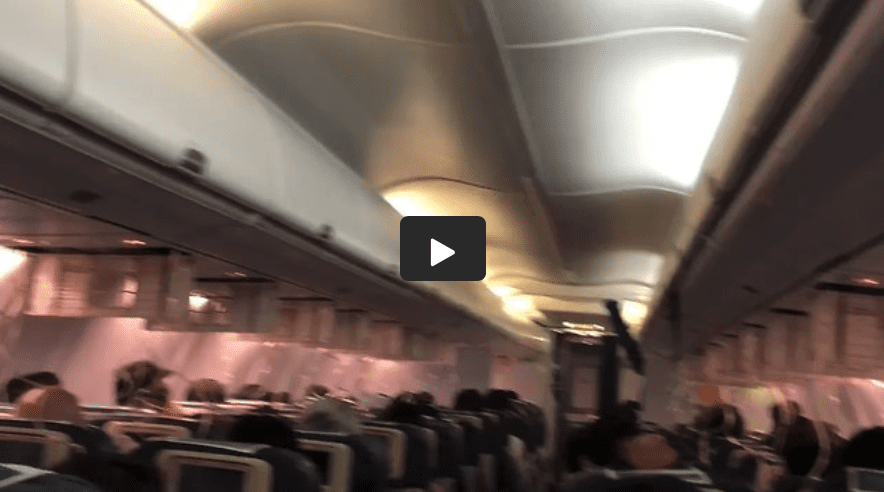 ‘Panic’ on Jet Airways Flight After Loss of Cabin Pressure
A Jet Airways airplane bound for Jaipur on September 20 turned back to Mumbai after what the airline said was a “loss in cabin pressure.” A number of passengers suffered ear and nose bleeds and were treated on return to Mumbai. The aircraft, holding 166 passengers and five crew, was 45 minutes into the flight when it had to turn around, said Darshak Hathi who recorded the scene inside the plane. The Times of India said the situation arose when the crew “forgot to switch on the cabin pressurization system.” Jet Airways said that the flight’s cockpit crew were taken off scheduled duties pending investigation. Credit: Darshak Hathi via Storyful