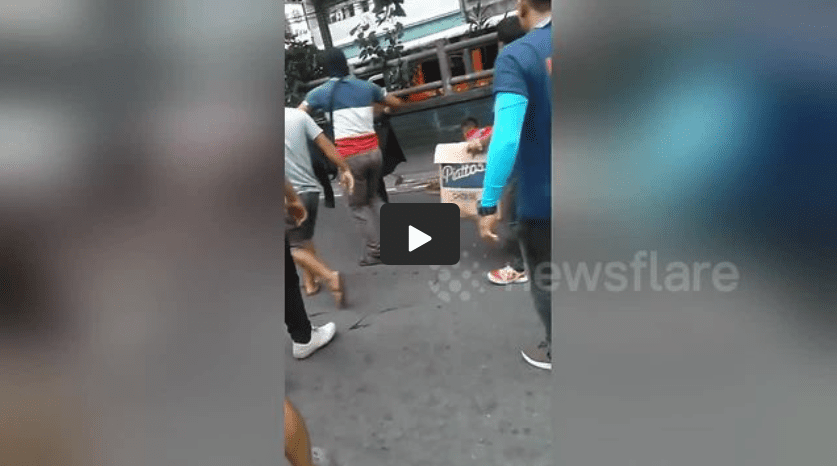 This is the terrifying moment a rampaging python brought havoc on a busy road as drivers battled to catch it in a cardboard box.
The 12ft long python brought traffic to a stop during rush hour in Pasay City in the Metro Manila region of the Philippines on September 20th, 2018.

Some Quotes from onlookers:
“The snake suddenly jumped up and tried to get away. It was a shock, very scary.”
“The snake was very big, and I’ve never seen one like this on the road. I don’t know where it came from. It took quite a long time to catch it.”
“The snake should definitely not have been on the road. It could have caused an accident.:

Police called animal handlers who arrived on the scene and took the python away from the urban area to be released into the wild.