Baby Shows Off Talent In Adorable Baby And Daddy Duet 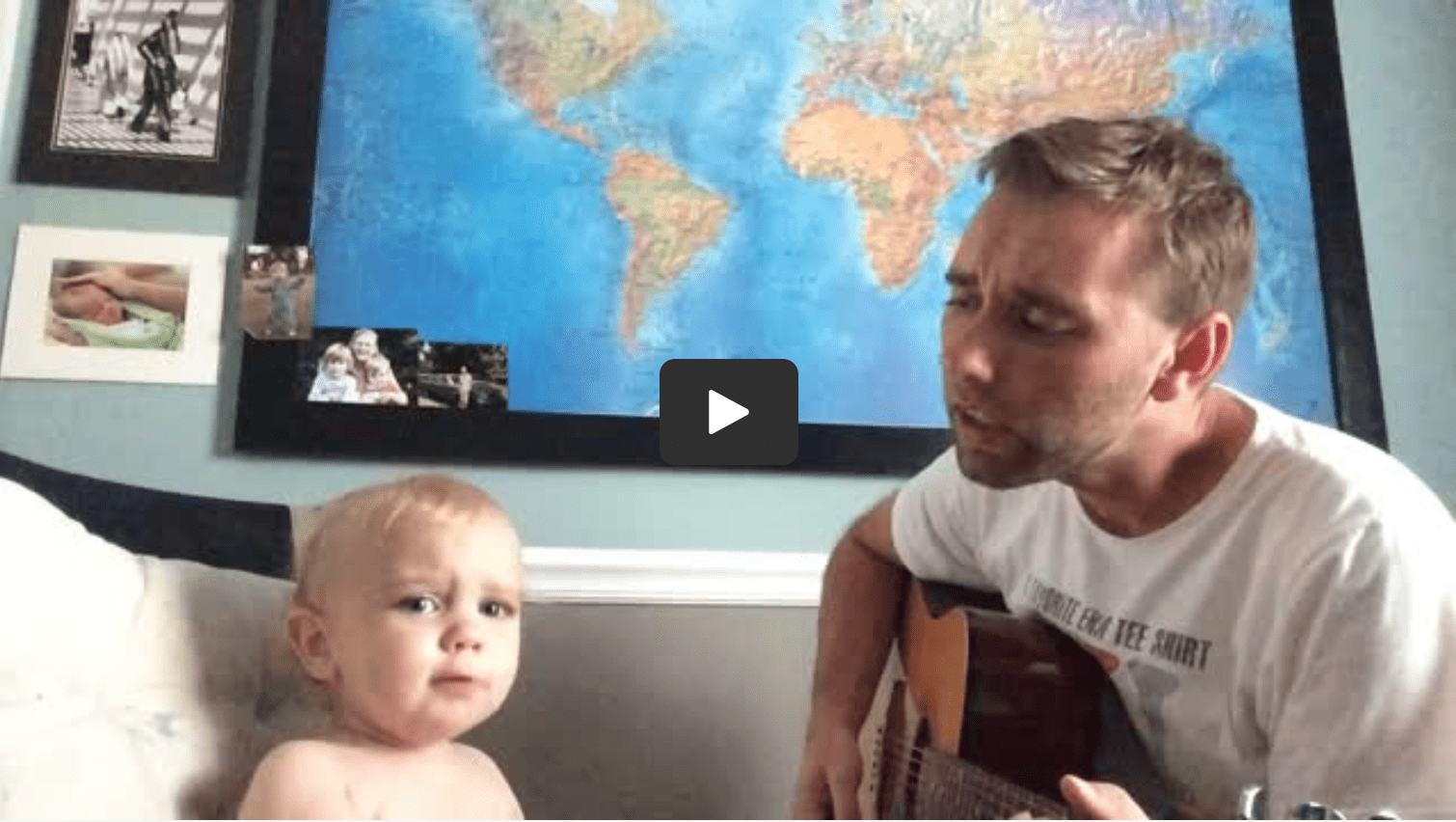 How early do you think babies learn to communicate? The minute they come out of the womb, or does it happen a bit later? Or, along with those same lines, how early do you think their personalities develop? Some babies start to laugh from early stages, some to say few words like Mama and Dada but some babies start to sing. This darling little baby might look like a mere toddler, but that doesn’t mean he can’t belt out some music like the biggest stars out there!

Babies and toddlers might not always look like they’re paying attention to their surroundings, but when you watch this adorable video, it becomes very clear that they are totally aware of exactly what’s going on. It’s kind of scary to realize just how much they notice when you think they’re not! This adorable baby joins and sings along with his dad as he plays the guitar? You can’t help but smile while watching a heart-warming family moment like this! This beautiful blue-eyed toddler is Patrick. Patrick loves his father’s guitar and he loves singing songs with him. They have a lot of videos together singing all kind of songs! Like this video were they sing very heartwarming duet!

Anyone can be a father, but it takes someone special to be a dad! He is an amazing dad who spends a lot of time with his son and has a lot of memories together! Keep up the good job dad!

Here is another video devoted to a great dad. This devoted dad prepares a princess-themed dance for his daughter.

He surprised his daughter by transforming her hospital room into a princess-theme ballroom – dancing with her to celebrate to completion of her first round of chemo. Phoenix Thompson is just like any other two-year-old – she laughs, plays, cries and runs around – but beneath her beaming exterior she’s fighting a rare and difficult form of cancer. Diagnosed on August 2, after her step-mother, Christina Thompson, took notice of a number subtleties in Phoenix’s health and temperament, the tiny tot from Winder, Georgia, was confirmed to be suffering from juvenile myelomonocytic leukemia (JMML).

Rushed into the hospital that same day, Phoenix began her first of four rounds of chemotherapy on August 6 – and it lasted for 10 days. Cutting a “completely inspiring” figure throughout her grueling treatment, Phoenix’s dad, Brett, 28, wanted to celebrate her unprecedented bravery with an evening fit for a princess. Soon after her last treatment of the cycle on August 16, a mystery Disney princess dress was delivered to Phoenix by a nurse. Given no explanation, it wasn’t long before all was revealed, as Brett walked into the room sporting a black tuxedo and a tearful grin.

Lifting his daughter into the air, the duo silently sways cheek-to-cheek along to Tim McGraw’s ‘My Little Girl’. But as his daughter gleams with happiness, her father tentatively cries in the crook of her neck. There’s truly nothing like the connection between a father and his little girl. It’s a bond like no other and it’s one of the sweetest relationships to witness. Dad is the very first man that a girl will ever love and that love and support will stick with her for years to come.