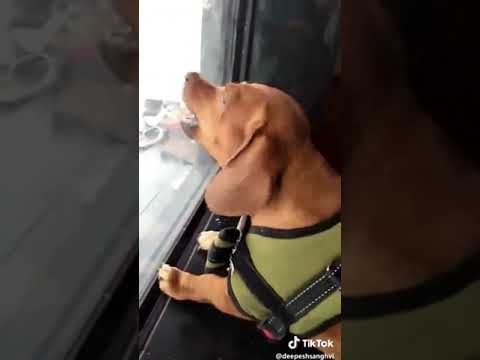 Ever seen one kind of animal make fun of the other? Well, you’re about to! In this comical video, a brave and rather crude monkey shows his bottom and farts at the dog stuck behind a window. The dog is both helpless and upset at this monkey, making this video all the better! Not a class act on the monkey’s part, but doesn’t love a good, silly video? The poor Weiner dog hopelessly paws at the glass to chase the monkey but to no avail, only making the little guy angrier. The angry barks of the dog do nothing but encourage this silly monkey–we can’t get enough of funny animals just doing their thing!