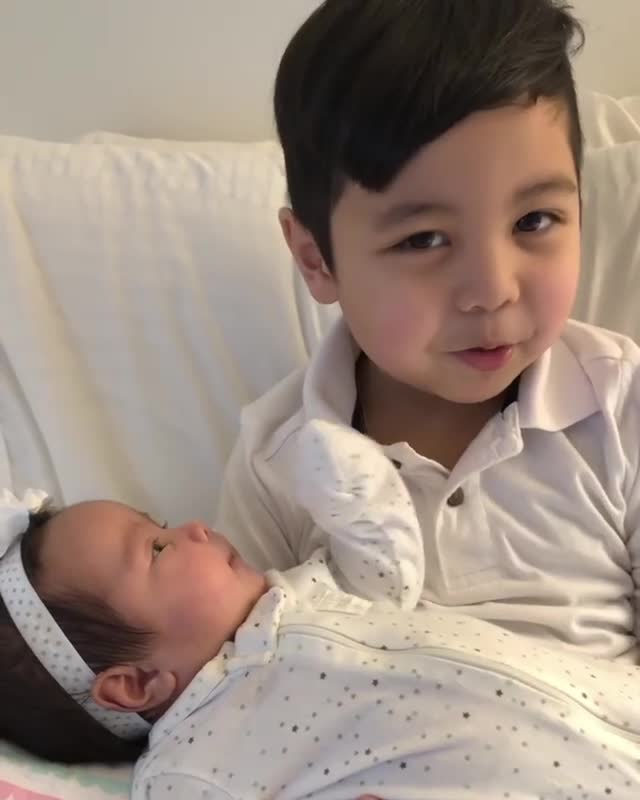 Kids say the darnedest things, don’t they? We’ve all heard hilarious stories of the things kids say, but this mom was lucky enough to catch it on camera! In this video, her adorable son is sitting with his baby sister on his lap and discussing what he will look like one day with his mom. The conversation inevitably is about whether or not he will have a beard or mustache when he is a grown up, and he adorably states that he wants to grow a mustache like his dad’s and mom’s mustaches! Hilarious and embarrassingly honest, kids are the greatest when it comes to pointing out the plain and simple facts! His mom takes it pretty well and laughs it off. We can’t help but laugh with her! Kids and babies are the cutest, funniest humans out there. Who doesn’t love an adorable baby video? We hope you laughed as hard as we did at this video!