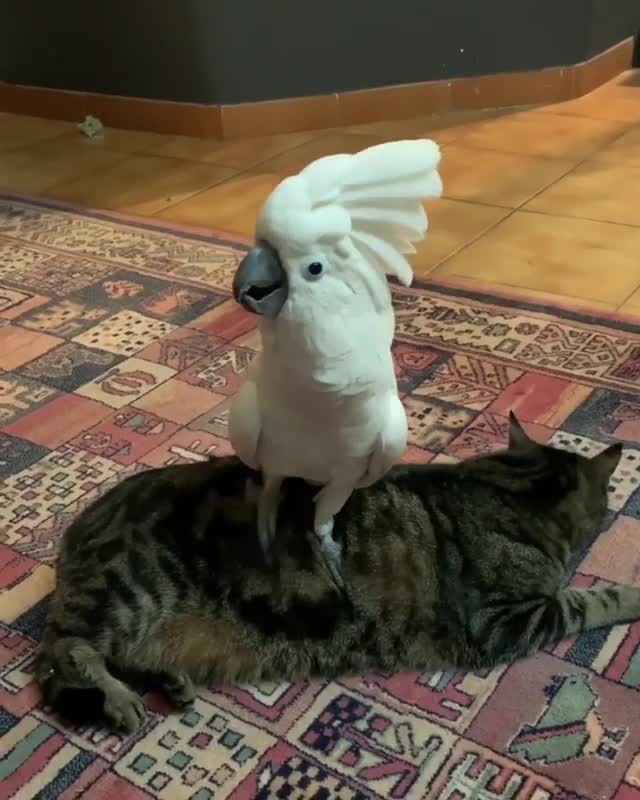 Animals are such silly creatures! This crazy cockatoo perfectly imitates the sound of a dog barking while standing on a cat! Poor kitty! He does a pretty good job tolerating this ridiculous cockatoo despite how annoying he was being. The cat hardly moves as the cockatoo does his thing! Check out his cool mohawk that he’s got going on! Although this bird may be annoying to the cat its standing on, we personally find him hilarious! Check out this video of these baby geese playing with their German Shepherd parents!