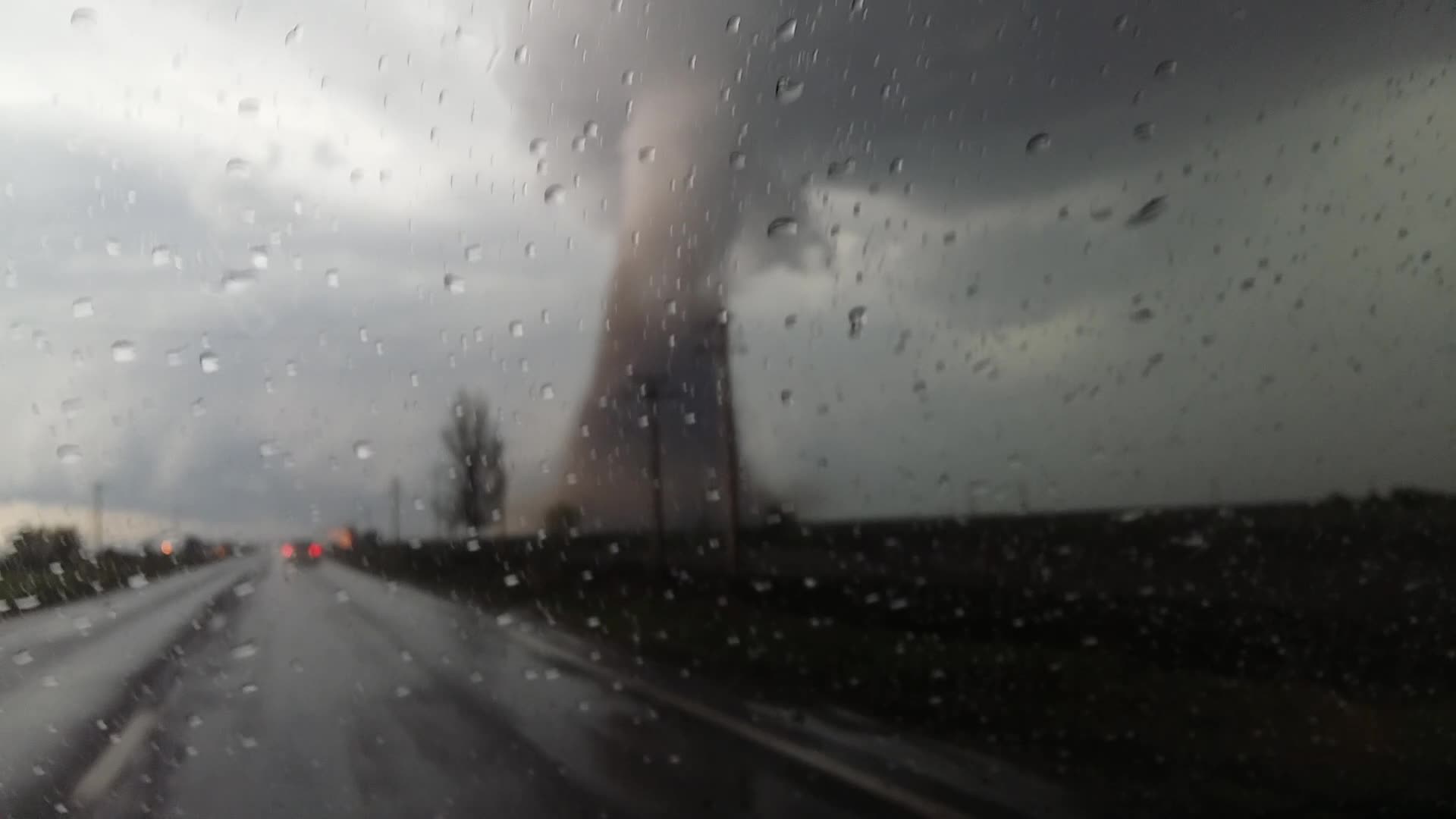 Romania is not one of the countries with tornados, so yesterday’s event was a big shock. It was all over the media. I was coming back home when I saw in my right side at approximately 3 km, two big wind-cones rotating one above the other. I realized that it was the beginning of a tornado, like I studied at University of Geography in my youth. I started filming and approached on the road until I was at a safe place and distance. The lower cone was almost 1km in diameter. It was huge! After I filmed and took a few pictures, the tornado was too close, so I drove away. Still, the high wind moved my car about 6 meters and I was lucky to escape. More
Mammoth Tornadoman
Advertisement