Advertisement
Video > Piglets Run In Total Confusion During A Race

Piglets Run In Total Confusion During A Race 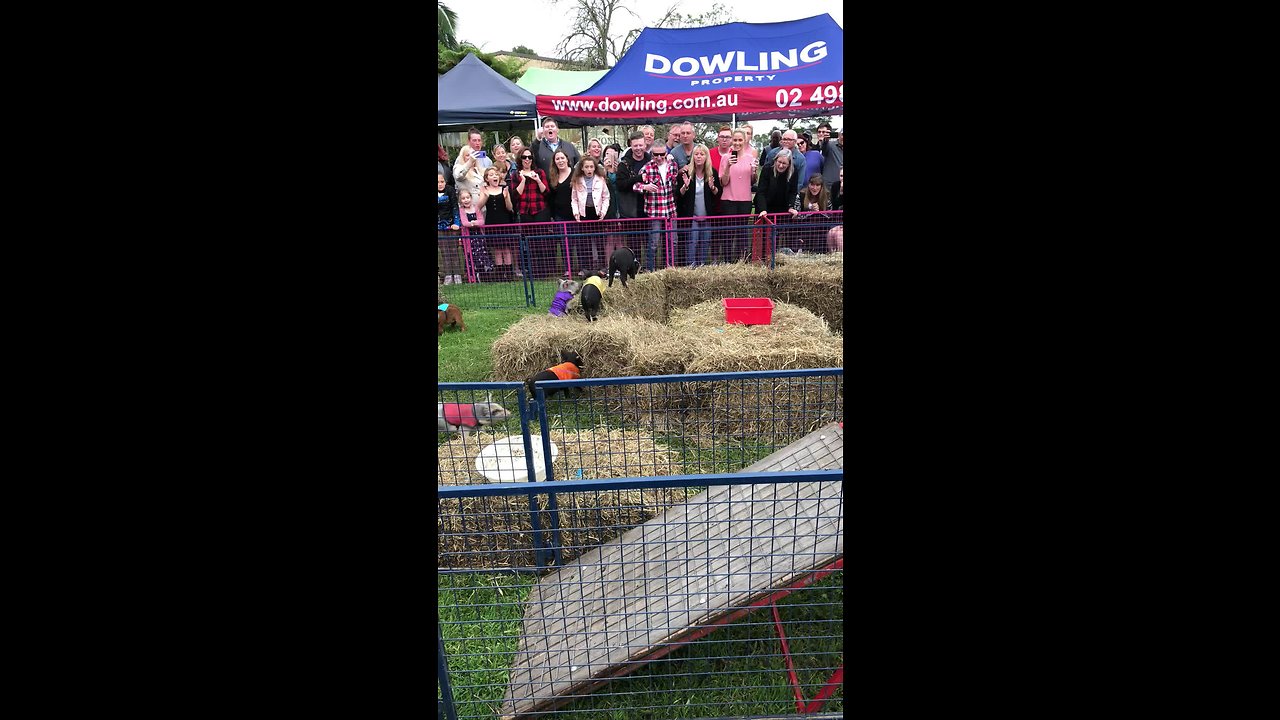 Oh my! Piglets scurry around wearing little jerseys in a pot-bellied race that will have you in tears! Are you crying from laughing, or are you like us and can’t help but question what is actually happening to these animals.

The piglets in this video do not understand that they are running a race, and find themselves frantically running about in total confusion. The outcome would be pure chance not due to any accurate possibilities.

This piglet race appears to be occurring at a family farm or a farm especially tailored for such events. Pigs are constantly being bred to reproduce more pigs so it is hard to know which season the sow may have given birth.

Videos like this always have us wondering where the animals have come from and where they are going. In most cases, the outcome is less than desirable. In this situation, unless the pigs were predestined to live out their lives in peace, they would have been sent to a feeding facility and then transported to a slaughterhouse.

We wish we could say differently, but the truth of farmed animals is quite bleak. That is the reason why so many people have chosen to take themselves out of the equation. Many would choose not to participate in this piglet race or farm adventure, or even go further to not eat animals or their products. Doing so, is the first step to awareness.

In the past, events such as the one in this video have actually been shut down by Animals Rights Activists protesting the abuse of animals. Yes, we acknowledge these animals are not being abused such as that in hog wrestling events and the like, but it is still mistreatment. We have to ask ourselves – if these were puppies, would we still be laughing? Therein lies the definition of speciesism. The manner in which we regard animals so differently.

Yes, it is okay to laugh at this video. Yet it is important to remember the ways in which we partake in the use and abuse of animals on a daily basis. Zoos and the like are the same form of animal manipulation for entertainment. In the natural, a mother pig would stay with her children much past this age. They would nuzzle and root and play together. Momma would go to rest and create a nice big bed where her piglets are and one by one they would pile up on top of her for a nice long nap.

These events are a great opportunity for kids to get to spend time with farm animals, but more-so are farmed sanctuaries where animals will get the opportunity to live their life unaffected by humans and their desire to consume animals. We need to develop a kinder world where all animals are accepted, not just the ones we consider pets. We wonder if a child watching this video or is at this farm would think that it is wrong, or if they would simply become overjoyed because of the silly scarring of the piglets? It is only natural and we are not judging anyone. It is just important to introduce this new perspective, for anyone hoping to contribute to a kinder and compassionate world. More