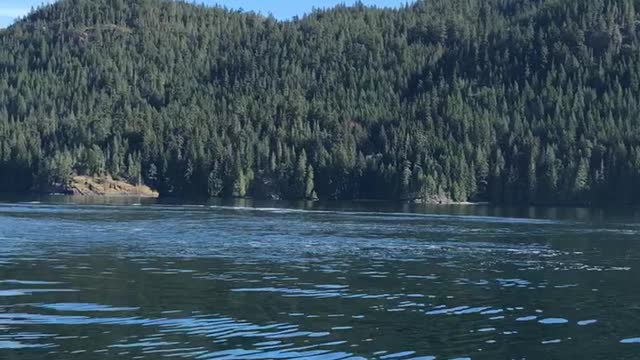 We live on Vancouver Island in British Columbia, Canada. My husband Vaughn and I go whale watching often and were cruising on our boat through Discovery Passage in Campbell River in October 2018, just at the North end of Quadra Island at Granite Point. We saw a dolphin pod approaching us quickly from far behind. We stopped the boat expecting them to pass by us entirely on the right. Instead, they made a hard left just behind our boat. This is what is captured on video. You can even see them passing under our boat. They had split into two groups and were corralling fish against the rocky shore. We continued to watch and take further video as they excitedly swam back and forth along the shore feeding, before heading on South. More
Corral DinnerDolphins
Advertisement