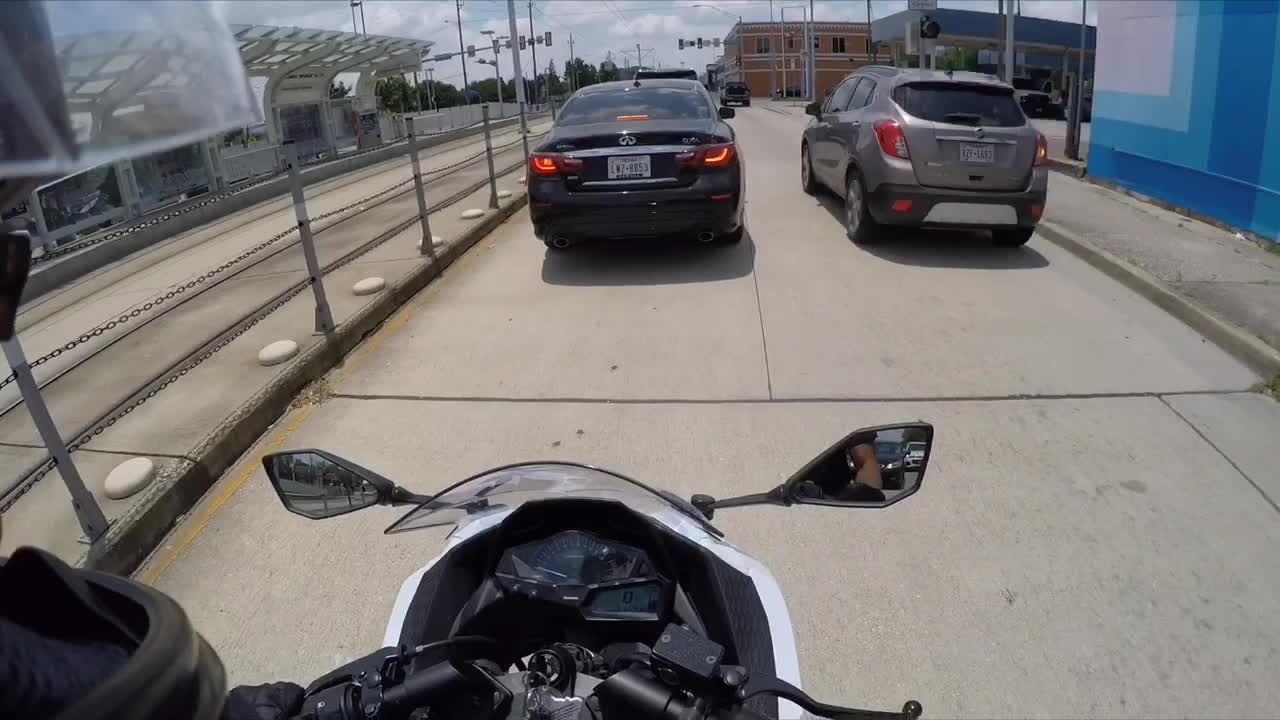 Aaron was riding a motorcycle in moving traffic not far from his home in North Central Houston to the bank around 12 o’clock p.m. on Monday June 10th, when he was hit by a vehicle pulling out of gas station resulting in a slow collision causing the rider to lose control and was knocked to through some chains onto the light rail tracks almost in the way of an oncoming train. Aaron was not injured surprisingly, but the motorcycle took minor damages. More
Bad DriverBangs Upbiker
Advertisement