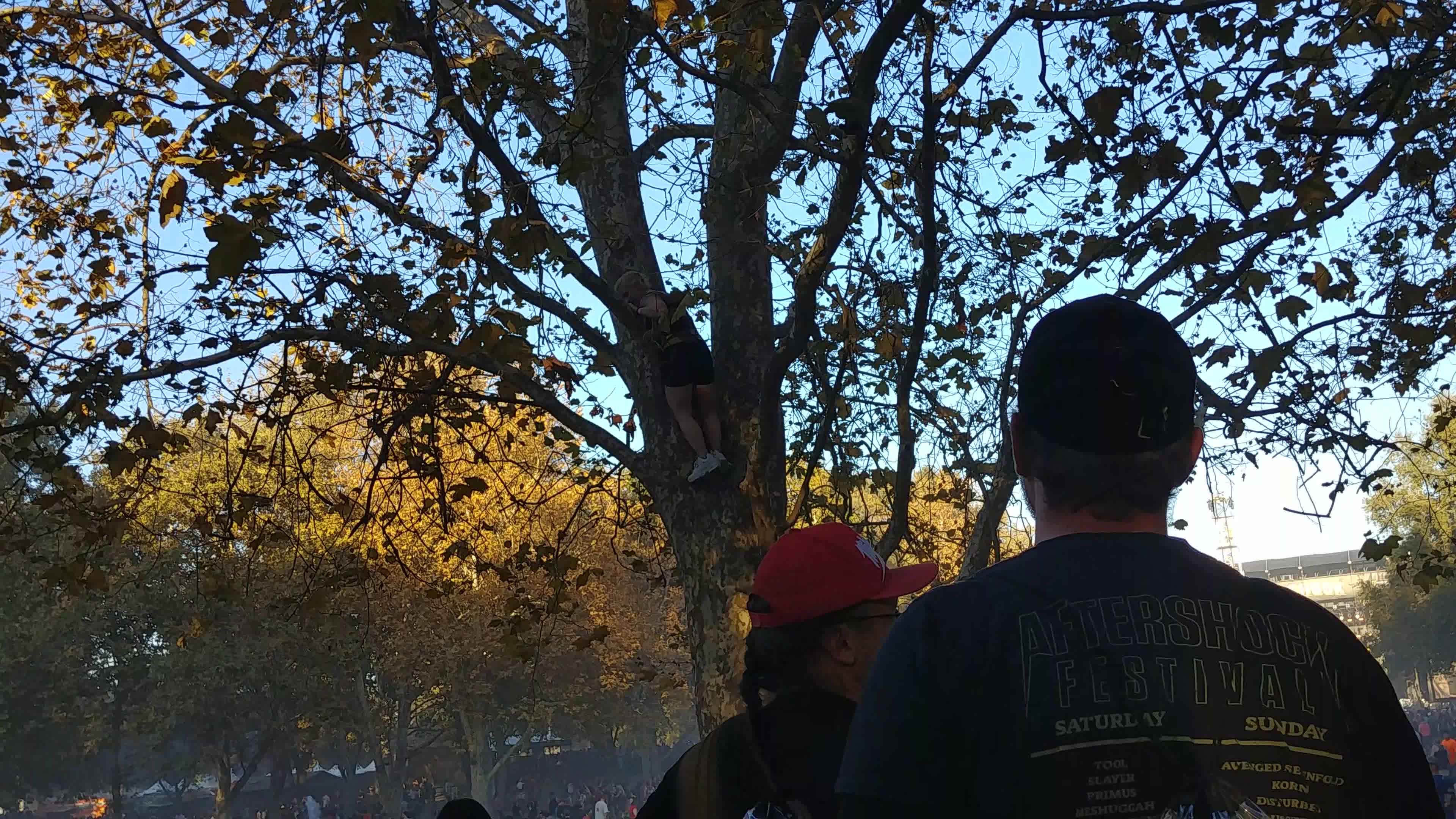 I was sitting at a picnic table at Aftershock when I saw a woman boost another woman up so she could climb up the tree. I started recording about a minute just to document a funny memory of seeing someone doing something crazy. You can hear Action Bronson playing live on the stage in the far distance. I likely would have stopped recording sooner, but she appeared unfazed after slipping a little and nearly falling early into the video. I really didn’t think she would fall, which is why I didn’t get a better view of the ground where she would, and did, hit. I ran up right away to see if she needed help, which she clearly did. At that point I stopped recording to ensure she was getting help. Some people agreed to run to the med tent nearby. More
FallsGirlMusic Festivaltree
Advertisement