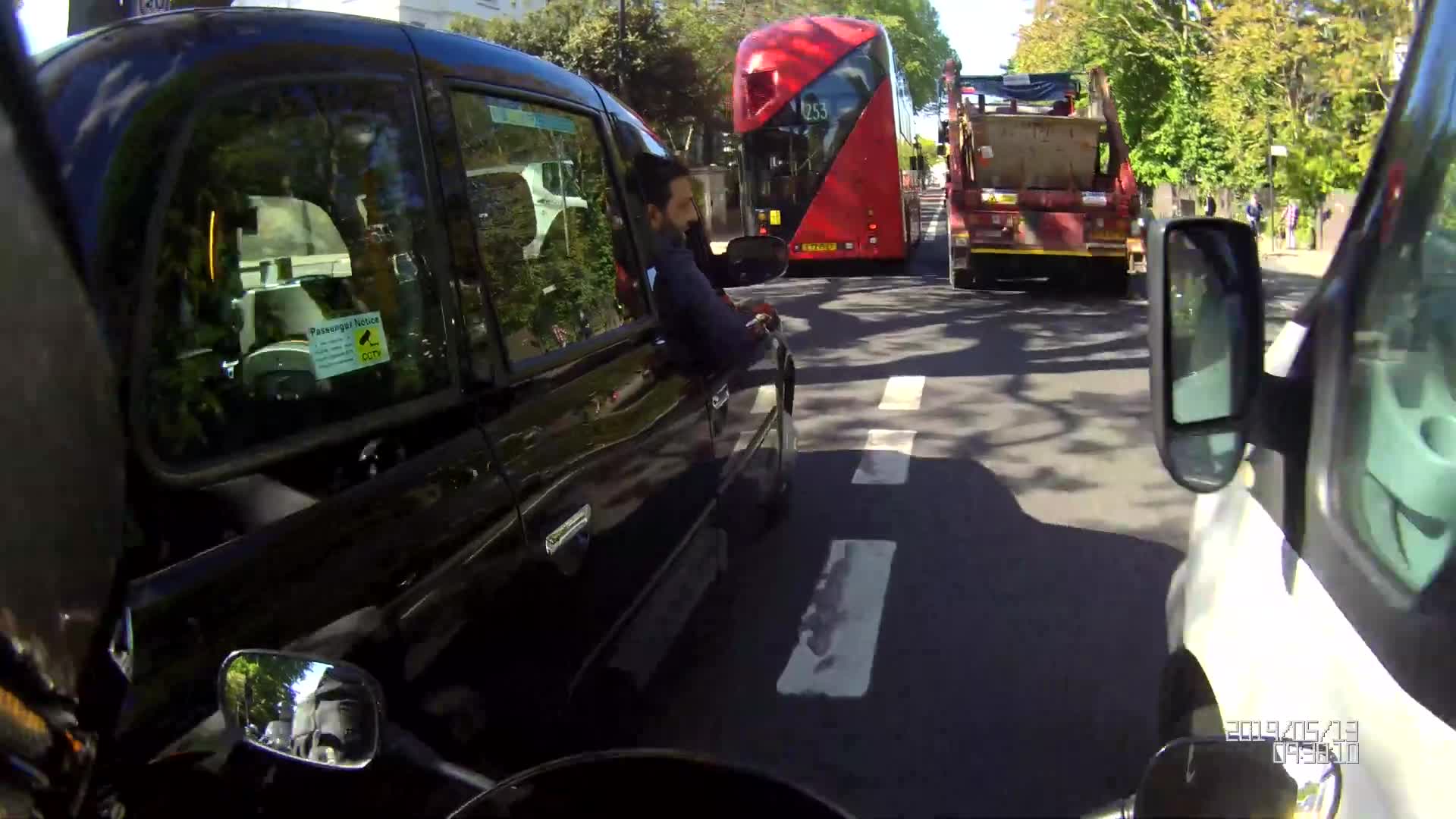 I was following a London black taxi and realized he was playing with his phone and was swerving in his lane, so I pulled alongside and said to him to leave his phone alone. He then gave me a torrent of abuse and hand signals. I was going to drive on but after the abuse why should he get away with this? So I told him he should know better and that I would be reporting him to the London taxi licensing board. He then swerved into me and tried to block my path, so again I told him, “I’ll now report to the police also and he gave me, even more, abuse and then turned with me, this time hanging out of his window driving very close to me and again swearing at me. More
Camden CabCaughtdriverphone
Advertisement