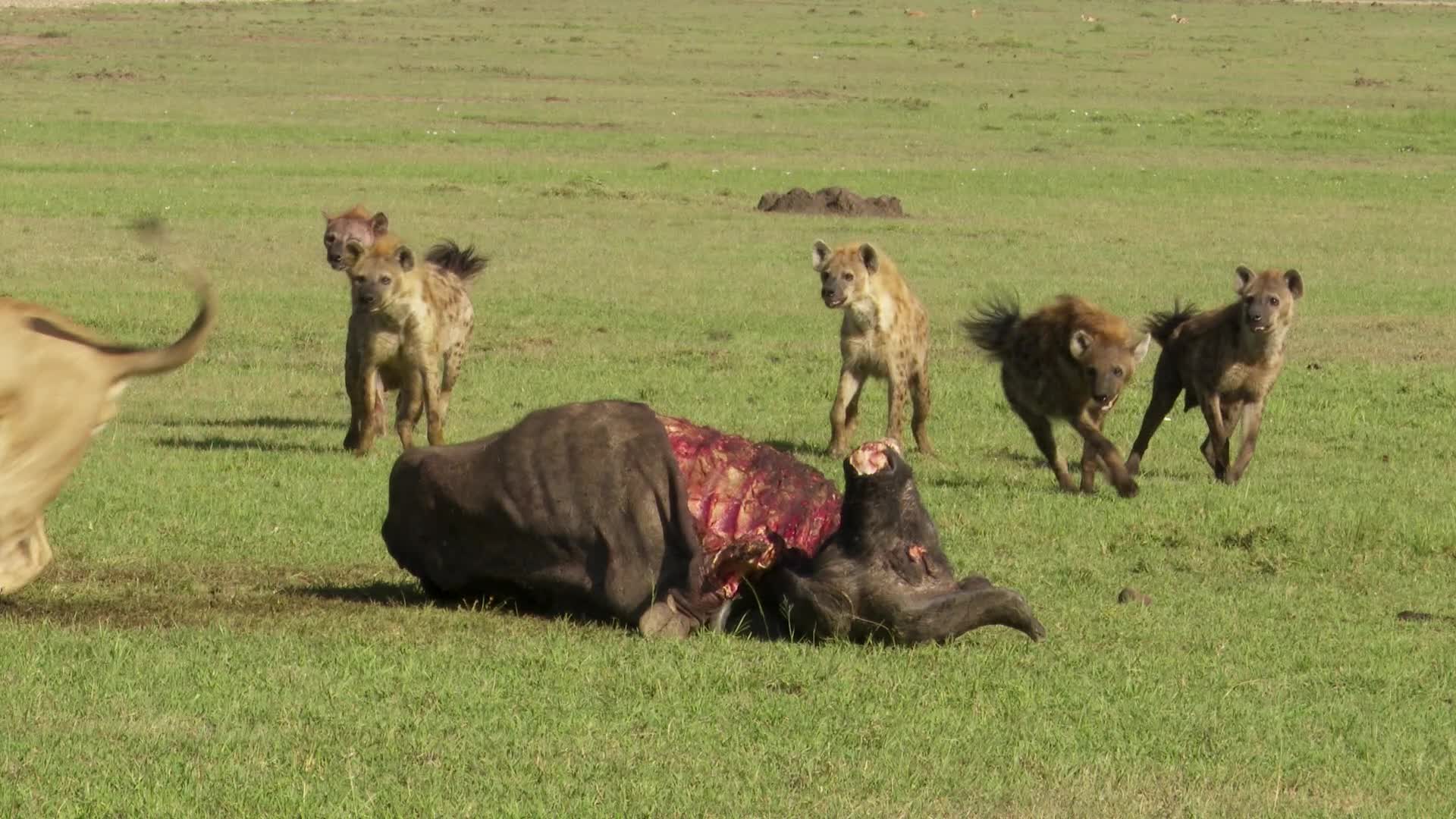 In the Maasai Mara we were watching as a pride of lions feasted on a buffalo they had killed during the night. After having their fill they gradually wandered off to sleep in the shade. One sub-adult male hung back and tried to protect the kill from a large pack of hyenas. He managed to chase them away a few times. During one of these chases, he brought down one of the hyenas and gave it a vicious bite on its rear end. Finally, the lion tired of his efforts and wandered off to join the rest of the pride. In a flash the hyenas were onto the carcass. Soon it was down to bare bones and vultures began to circle. More
BattlesHyenasLionMeal
Advertisement