Advertisement
Blog > Why is “Among Us” So Popular?

Why is “Among Us” So Popular?

Here in late 2020, the most popular video game in the world isn’t anything you’ll find on the PlayStation 5 or the Xbox Series X, even though those new consoles are hot off the blocks. It’s not a game you’ll find on most PCs either. Amazingly, in this world of modern-age gaming, the most popular and most played game of the past three months – and probably the first three months of 2021, too, is a basic ‘whodunnit’ game called “Among Us” that was released in 2018.

We suspect that most of you have heard of “Among Us” already, but if you’ve spent the past few months of 2020 avoiding the news (we wouldn’t blame you if you have), here’s the basic information you need to know. It’s a multiplayer game played in space featuring a combination of regular crew members and one or more ‘imposters.’ All roles are played by human players. If you’re playing as an imposter, your job is to sabotage the crew as they attempt to go about their duties. If you’re a crew member, your job is to perform those duties and identify the imposters before they strike. It’s every bit as simple as it sounds, and yet it appears to have captured the attention of the whole world.

What is it about this game that’s suddenly made it go mainstream two years after it was launched? Let’s take a closer look and see if we can work anything out.

Almost anything that becomes popular on Twitch or YouTube goes viral, and all you need in order to go viral on Twitch or YouTube is to have a well-known streamer play a game. In the case of “Among Us,” that streamer was PewDiePie, who’s the biggest streaming and social media star in the world. When he started playing “Among Us,” it immediately became cool to do so. His impressionable young fans started playing the game almost immediately, and now everybody from politicians to musicians and sports stars is following suit. It’s a viral craze – albeit one that’s stuck around for longer than the average viral craze does.

Price is still a powerful motivator when it comes to how people engage with gaming. It helps the case of “Among Us” a lot that the game is basically free to play if you don’t mind dealing with a few adverts. If the adverts annoy you so much that you can’t focus while they’re there, you can buy an ad-free version of the game for around five dollars as a one-off payment, and then it remains free for the rest of time. When you consider that next-gen games for the brand new consoles cost an average of seventy dollars for premier content, paying five bucks for a game you’ll play and enjoy for days feels like a callback to happier, simpler times in gaming. 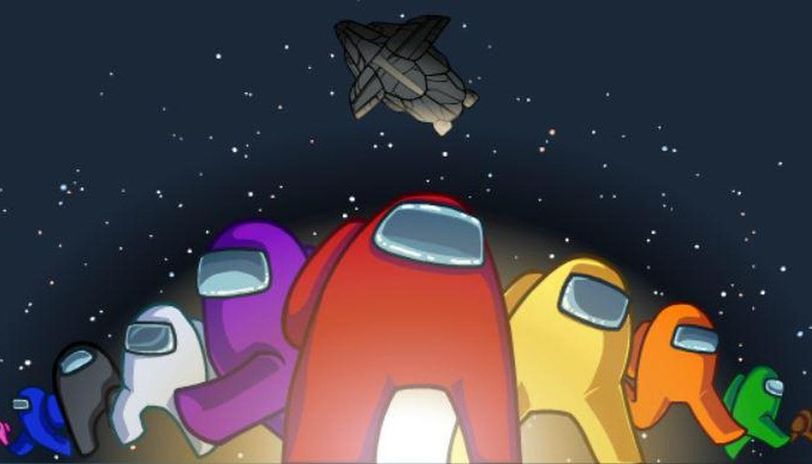 You don’t need much in the way of hardware to load and play “Among Us.” it’s available for both iOs and Android for phone users, and if you’re playing on PC, it’ll work on your ten-year-old backup computer no problem. All you need is a system that runs on Windows 7 or above, 250MB of space on your hard drive, and around 1GB of RAM. To be clear, if your PC can’t cope with that, there’s no way it’ll get online in the modern age, so if you’re reading this, you can play “Among Us.” No expensive hardware or controllers required – this is truly a game for everyone, and so everyone’s turned up to play it.

Let’s be honest; video gamers – especially dedicated ones – can be brutal. If you don’t believe us, try diving straight into “Fornite” or “Call of Duty” as a beginner. You’ll be shot to pieces by a highly-skilled player in no time at all. The learning curve with games like that is very steep, and the whole time you’re learning, you’ll be easily picked off by people much better at the game than you are. That can be demoralizing, and it doesn’t happen with “Among Us.” There are no special skills required to play this game. So long as you can apply logic and reasoning and you’re capable of clicking clearly-marked buttons, there’s no difference between you on your first play and someone else in the same game who’s playing for the thousandth time. It welcomes newcomers, and it doesn’t punish them for being new.

Never underestimate how important the ‘cute’ factor is when it comes to persuading people to do things. Cuteness is what persuades us to watch Pixar movies. Cuteness is why we have cats. To put it in a closer video-gaming context, cuteness is why people play games like “Fluffy Favourites” at slots website. Until it happened, nobody in the world would have thought that grown adults would have been attracted in big numbers to an online slots game based on colorful stuffed toys, and yet they were. The game hasn’t just been a success – it’s one of the most popular online slots anywhere in the world and has been for almost a decade. “Among Us” draws from this same school of cartoon cuteness, and it does so very effectively. It makes us genuinely care about the fate of the characters we play as, and not every game is capable of doing that.

“Among Us” won’t last forever. Like “Flappy Bird” and a thousand viral hits before it, it will eventually be forgotten, and the world will move on. We suspect that it will always have a devoted base of thousands of players now it’s been noticed, though, and so in that way, it’ll become a pop culture phenomenon of 2020 that outlasts the year that saw it rise to fame. If you haven’t tried it yet, we heartily endorse giving it a try. It can be a lot of fun, and as we said earlier, it doesn’t have to cost you a dime! You might not be able to pull off any ‘headshots’ like you can in “Call of Duty,” and it won’t keep you occupied with several hours of ‘story mode’ like the next ‘real’ video game you might buy will, but we suspect that you’ll find it surprisingly addictive – and you’ll be back for more.