Advertisement
Blog > What Are the 5 Main Elements of Game Design? 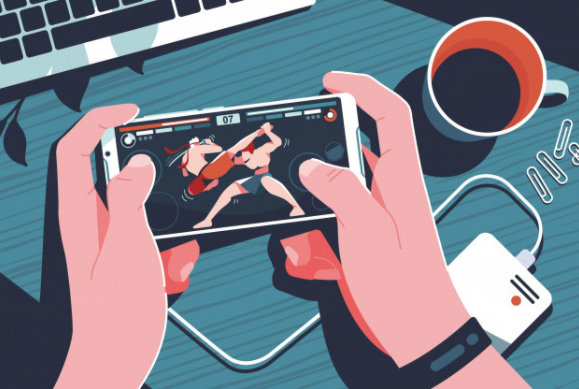 The gaming industry exceeds the cinematic industry in many ways. People loved games before, but now, during the lockdown, this attachment has become especially strong. The craving for digital entertainment, available right at home at any time, has led to an even larger number of game studios offering game art services.

But if everything were that simple, then the gaming industry would have burst from the abundance of publishers and game studios. In reality, very few people succeed. And among the outsourcing game design studios, there are very few of those that can offer a really high-quality product. This is because so many people ignore the basics and do not know what key elements make up the whole picture of truly memorable game art.

Maybe someone does not know it, but we know. And today we want to tell you about 5 key elements that every self-respecting 3D art studio knows about and that must be taken into account when developing the game design. Let’s go!

We start with the obvious. Almost no game can do without a character. In fact, this is a virtual avatar of the players, tied to them by invisible bonds and allowing them to make fully conscious actions in the game world. The more complex and prolonged the plot, the more firmly the player becomes attached to his or her character. And the more thoughtful and elaborate should be characters and their development throughout the scenario.

Obviously, the character must match the setting. The alien will look ridiculous in some kind of medieval battle unless it is implied by some crazy plot twist. One of the developers’ biggest mistakes is making the main character faceless, devoid of personality, character and showing almost complete lack of development throughout the game.

Approach character creation as a story about a real person. Come up with his or her biography, background, personality traits, physical appearance, strengths and weaknesses. The better all this is worked out, the easier it will be to create art.

Every game has a goal. If not, then there is a serious problem. It can be anything: rescue a hostage, protect the planet, defeat the main villain, find a refuge free from radioactive contamination, etc. The entire game and everything that happens in it during the main storyline is dedicated to this goal.

Players play in order to enjoy the gameplay and ultimately get things done. This is the peak of the game, the most joyful and saddest moment at the same time. It is joyful, because the long journey was not in vain, and sad, because the wonderful plot has come to an end.

As you work on the storyline, decide what the final goal of the game will be, the key mission for which everything happens. It should be large-scale, combining all the vicissitudes that have occurred in the game, resolving all unresolved issues and summing up everything. Be sure to brainstorm with the writers to get multiple options and choose the best one.

It is difficult to find someone who would be indifferent to the awards. Especially if they are really deserved. Of course, players play for the final reward, the main victory condition. But throughout the game, they need an incentive to keep going, the so-called intermediate rewards, demonstrating that everything is being done correctly.

The type of reward varies for different game genres. For example, if this is a simple 2D platformer, then the reward can be additional hits placed in hard-to-reach places, some currency such as coins that can be collected throughout the level and which give additional bonuses and so on. For the game of AAA class, for example, a shooter, the reward can be getting some cool weapon that is not available in previous locations, improving armor or getting a vehicle that expands the possibilities of movement.

You need to think over the reward system and implement it into the game as harmoniously as possible. The more complex and advanced the game, the more sophisticated this task is, but also the more challenging and exciting. You can research the market, see how competitors are rewarding their players, and implement something even more interesting.

You know the final goal and provide the player with intermediate rewards. But that isn’t enough for a really cool game design. To prevent the player from feeling that he or she is simply being led by the hand in a completely linear storyline, give them the opportunity to make decisions.

Some of the most popular types of games are those in which the ending depends on the player’s behavior throughout the plot. The developer creates several alternative scenarios that are impossible to predict.

If you don’t have the resources to create multiple endings, you can invite players to make decisions about secondary events in the game. This can be an agreement or refusal to complete a side quest, an opportunity to go in one direction or another, on which the total time on the road will depend, or a decision to leave the enemy alive or not. Such opportunities bring the player closer to seeing the game as something really happening, and not programmed by the developers and having no alternatives.

The final touch that guarantees the success of the game design is the most intricate and difficult to achieve if you have problems with any of the elements already outlined. But if you did a good job on the characters, came up with a goal and provided the player with rewards and the opportunity to make decisions, then most likely everything will happen by itself.

Immersiveness of the game means that players believe in what is happening and agree that events in the world are worthy of their attention and time. Immersive play is exciting, captivating, evokes strong emotions and makes players empathize. Particularly powerful stories can even elicit powerful reactions such as laughter or tears at particularly dramatic moments.

The same goes for presence. Players need to feel that their presence in the game really matters and can make a difference. All game design should not exist on its own, but only for them. Only then will they get involved in what is happening and try to fulfill the main mission. After all, who can do it besides them?

Game design elements cannot be created haphazardly on a single creative impulse. Of course, aesthetics is extremely important, but it won’t mean anything if you haven’t thought of the 5 criteria above when designing your product. If you feel that you are ready to try to conquer the gaming market and you need a reliable partner, pay attention to Kevuru Games at https://kevurugames.com/. This seasoned game design studio knows all the ins and outs of art for entertainment products and never just works in the name of creativity. Each art project of the company is supported by a clear understanding of the purpose of the game, so cooperation with its team becomes as productive as possible.