Advertisement
Blog > How Many Super Bowls has Tom Brady Made?

How Many Super Bowls has Tom Brady Made? 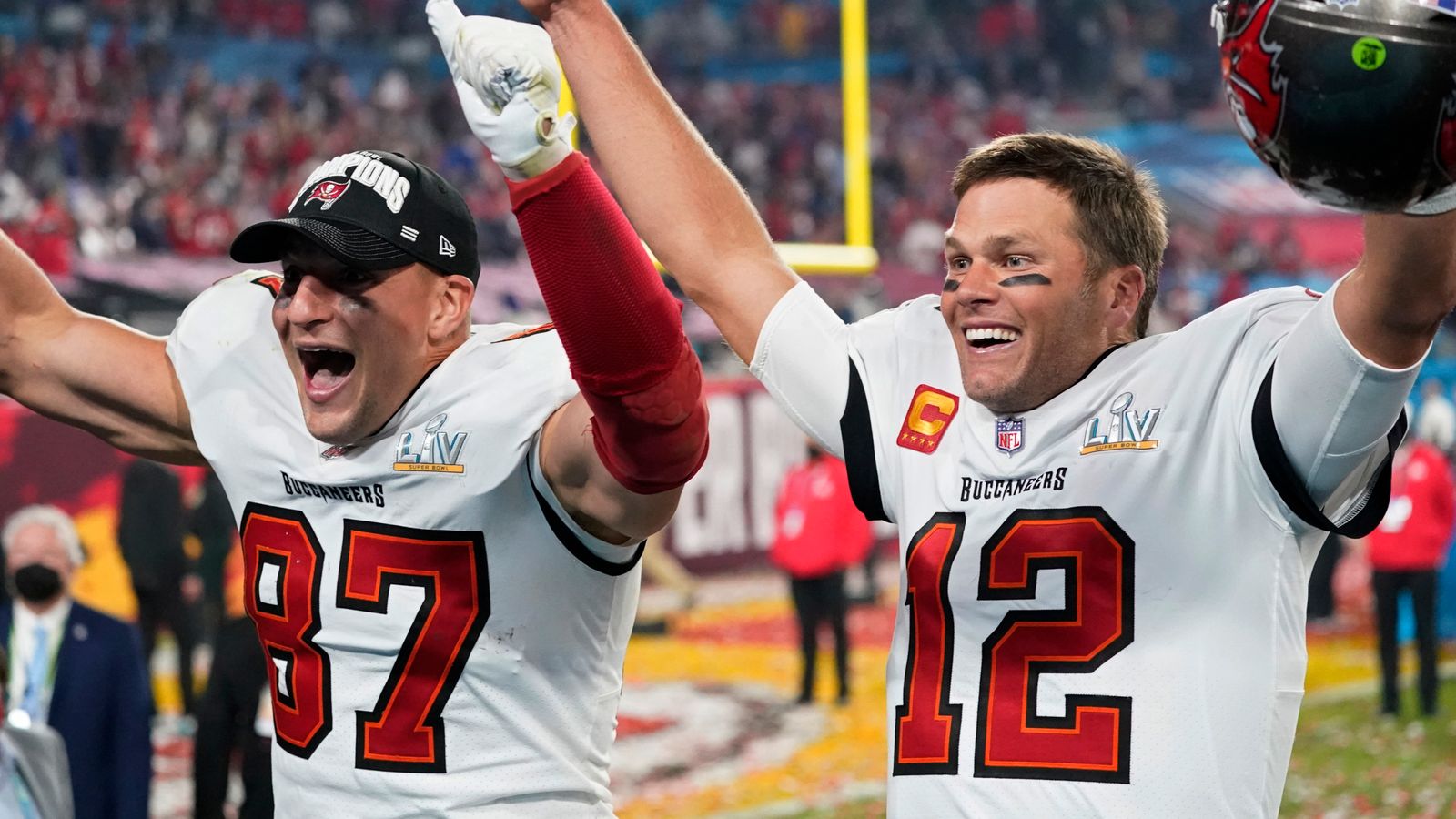 Whether you follow American Football or not, you’ve probably heard the name Tom Brady; if you haven’t, you probably won’t forget it in a hurry as here we look back at all 10 Super Bowl appearances he’s made over the years.

Plus, as an extra you can take a look at all the incredible records he has achieved in the Super Bowl among the years: https://edge.twinspires.com/nfl/15-super-bowl-records-held-by-tom-brady/

For context of what an incredible feat that is, only one team in the NFL can boast more appearances in the showpiece fixture.

Cast your minds back to early 2002 and Tom Brady was wet behind the ears and ringless. Come the end of the Super Bowl showdown with the LA Rams though and Brady had helped his team to glory.

Brady actually threw 220 yards less than his Rams counterpart, Kurt Warner, but it was all about efficiency with Brady throwing one touchdown and no interceptions; it was enough to bag him his first ever win, a MVP award and set loose a winning machine.

If you can shrug your shoulders at Brady throwing just the solitary touchdown pass in the 2001 season then maybe his achievements at the end of the 2003 campaign will see you put more respect on his name.

Brady had already orchestrated his team to a 14-2 regular season record and come the Super Bowl he and his Patriot teammates were just a shade too good for Panthers edging them 32-29. The difference maker? Brady; he threw three touchdowns. Another Bowl MVP award followed.

This match up against the Eagles was another tightly fought game with every quarter level until the last. The Patriots won the fourth 10-7 to win the game 24-21.

Unlike the previous two games, Brady didn’t scoop the MVP award but his involvement in the victory was mammoth nonetheless as he pocketed two touchdowns and used his experience to see the game out as the clock ticked away on the Eagles.

By the time XLII rolled around in February 2008, Brady and the Super Bowl had quite the relationship together. Eli Manning did not receive the same script though because he stole the show.

Manning out performed Brady in every area with the crucial one being the scoring; it saw the Giants claim success and handed Brady his first big time defeat.

We’ve just spoken about Manning getting the better of Brady in 2008 as the Giants beat the Patriots to collect the Vince Lombardi trophy. Well, 2012 was a similar story. Once again is was the Giants vs the Patriots. Again, it was Manning vs Brady.

And again, Manning would leave with a Super Bowl ring as Brady licked his wounds. He could at least pat himself on the back for throwing two touchdowns and near 300 yards – a very thin silver lining indeed.

Come 2015 the magic of “Brady and the Bowl” had dwindled courtesy of the two aforementioned defeats. By the end of the Patriots’ 28-24 win over the Seahawks, it’s fair to say there were plenty waxing lyrical about Brady again.

Not only did he win the MVP award but he set a couple of records too. What were they? The most completions in a Super Bowl and, on the cumulative front, the most touchdown passes; he threw four in this game alone!

Another Super Bowl, another Brady masterclass and another MVP award. It wasn’t that simple though. In fact, this game is one of the greatest Super Bowl matches you will ever see. It ended with the Patriots running out 34-28 winners after overtime but, boy, did they make hard work of it.

At the end of quarter three the game looked done with the Falcons leading 28-9. Then came quarter four when the Pats went 19 without reply; needless to say, Brady was key to the comeback.

Brady arrived in this Super Bowl with lots of expectation on his shoulders after a stellar regular season but it wasn’t to be. Nick Foles was the main man on this occasion helping his Eagles side to a 41-33 win.

That said, in what was a high scoring match, Brady still showed his class with over 500 yards thrown along with a trio of touchdowns.

Super Bowl LII was a throwback to Brady’s first appearance in the season finale as once again the Patriots locked horns. Again, it was Brady and co that came out on top but at 13-3 it is hardly one that goes down as a classic; especially from an offensive viewpoint. Brady ended without a touchdown but, hey, he won’t care!

Last but not least we have arguably the most impressive Tom Brady Super Bowl appearance of the lot.

Brady parted company with the Patriots at the start of the 2020 season where it was claimed he’d be shown up for having been carried by the Patriots. Well, whilst the Patriots flopped, Brady not only won his seventh Super Bowl and fifth Bowl MVP award but did so in style. He pulled the strings for his Bucs team in a 31-9 win; Brady threw three touchdowns.

There you have it, a look back at how many Super Bowl appearances Tom Brady has made. Unfortunately it seems he won’t make it this year, as the Buccs have just been eliminated by the Rams in the playoffs. Is this the end of a long career for Brady?