The 324 best new Star Wars Videos, Memes and GIFs going viral on Youtube and across the internet in December 2021 and of all time (in the archives). Most nerds who appreciate video games also like Star Wars. The two almost go hand in hand. What if Star Wars was… John Williams created many musical masterpieces featured in world famous movies, including Star Wars, of course. But it's nice to…

Star Wars Episode I: The Phantom Menace is considered by most Star Wars fans as the worst in the series,… Darth Sidious and Darth Vader are the evil leaders of the Galactic Empire. They are famous for killing people with… 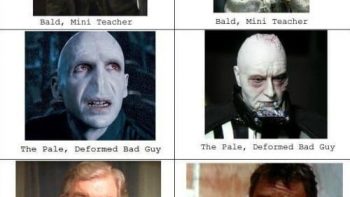 Volkswagen struck gold last Super Bowl with their adorable mini Darth Vader commercial. But there's another side of Volkswagen that… The Force is strong with this young one. Dad asks him the usual questions of what does a dog or… The Star Wars Star Tour is just opening in Disneyland. Darth Vader and his Storm Trooper posse came a little…

Thank you Internet for still being able to shock me. I thought I saw everything, but I was wrong. I… Little Girl Joins The Dark Side

In Disneyland, there is a very fun Star Wars section where lucky kids are chosen to participate in a little… The Famous Star Wars antagonist, Jabba The Hutt, is a gruesome, evil gang lord. He kills people without batting an eye.…