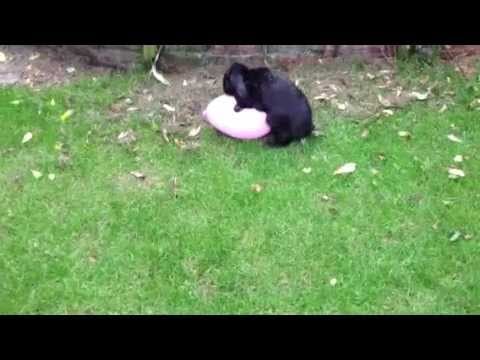 This video, simply titled ‘Bunny Loves Balloon,’ was originally published in August, but has only gone viral now. Beestiaan caught a bunny rabbit seemingly chasing and playing with a pink balloon. But quickly things turn very ‘adult’ when the bunny decides to straddle the balloon. Thankfully, it pops before anything gets too serious.

Now, the video has been featured on PawNation, Reddit, VideoSift, and CafeMom.