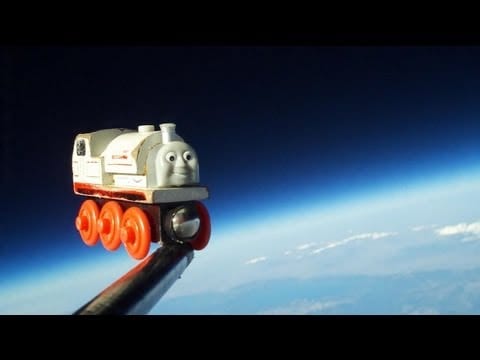 With the technology continuing its expansion to the masses, nerds have now sent countless objects into the cusps of space. The Internet has seen a beer can in space, and Legos in space.

Over the weekend, the dad and son made video went viral, garnering over 200,000 hits already.