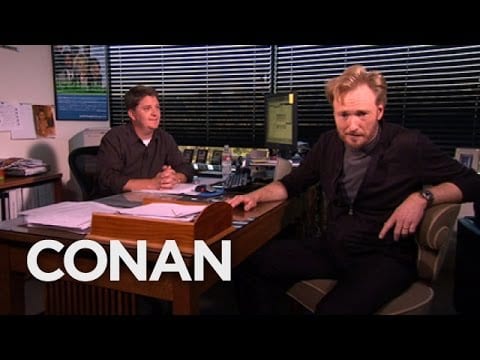 As all fans of late night television remember, a few years back Conan O’Brien moved from NBC to TBS after the kerfuffle with Jay Leno and Jimmy Fallon. Conan took a big pay cut and lost many viewers to move to TBS, but he decided it was better than the alternative. One silver lining of being on cable is that you can say many things that broadcast TV would censor. But Conan is still censored as he found out in this hilarious clip in which he meets the man who bleeps him.