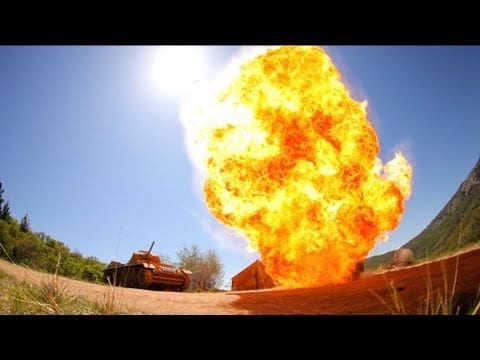 Imagine a terrifying world where taking a photograph of someone would steal their soul, killing them. That’s how Devin Supertramp re-imagined a World War II battle scene in his latest Camera Warfare video.

Instead of carrying machine guns and RPG’s, soldiers ‘shoot’ with cameras and camcorders. Special effects master FreddieW makes a guest appearance in the unique caricature of war.