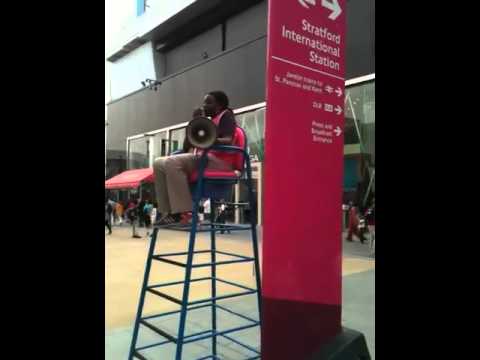 The British are known for their dry humor, but this Olympics worker really takes things to the next level.

On a high chair outside of the games with a mega phone she announced that the games have begun in a very ‘excited’ and ‘enthusiastic’ tone. Now she has sarcastically been dubbed the ‘Happiest Olympic Worker.’

The video went viral over the weekend, amassing over 660,000 views, and even being covered on BusinessInsider, HuffPost, and TheSun.