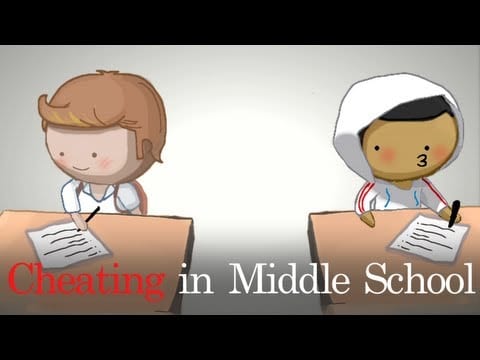 Internet favorite story teller and animator Swoozie06 has returned with another entertaining story from his past. No one likes taking tests, but in middle school, Swoozie had a deal with his dad that he would get a 27 in TV in his room if he landed himself on the honor roll.

So when the only thing keeping him from his own beloved TV was a French test that he knew he was unprepared for, cheating became a necessity.