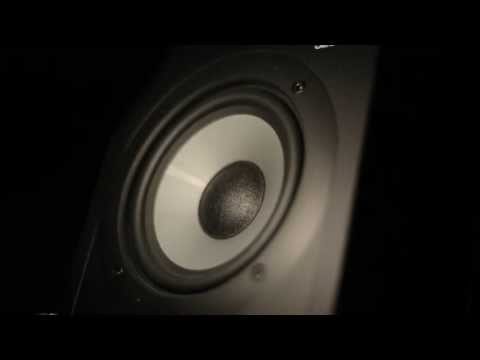 Since he had his camera set to 60 frames per second while his speaker played a 61 hertz sine wave tone, through the lens of the camera, it seems like the speaker moves in a similar fashion to a wave of water. He even sticks his finger into the view of the lens to show there are no other tricks going on.

Now, just since Monday, the original video has accumulated over 2.3 million hits.