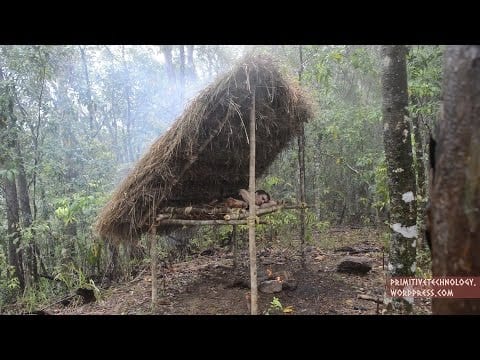 In the age of trendin paleo eating and stuff it doesn’t really surprise that Primitive Technology has such a success with his videos. This time he built a shelter. With his hands, a lot of wood and even more patience. And got over three million views on it already!

“I built a bed shed, a small shelter with a sleeping platform built into it. It’s quicker to build than a large hut but can be extended later on when materials and time become available. It’s not far from the dome shaped grass hut I built earlier. The hut took about 2 weeks to make only because it’s difficult to find grass in the mountain (if built in a field it would be significantly faster).”